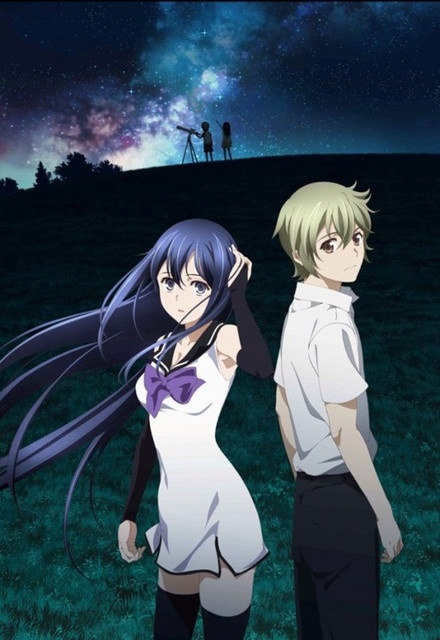 Brynhildr in the Darkness

Avg Rating (0)
Your Rating
Sundays on Tokyo MX
Tracked 46 Times
Concluded
1 Seasons, 13 Episodes
Buy or StreamAmazonAmazon UK
Anime Japanese Anime
The original manga revolves around high school boy Ryouta Murakami, who cannot forget his female childhood friend whom he let die in an accident. Feeling that he must fulfill their promise of proving the existence of aliens, he has continuously looked up at the starry sky as a member of the astronomy club. One day, a girl named Neko Kuroha who looks exactly like his childhood friend appears as a transfer student. She displays supernatural strength when saving Ryouta from a foreseen accident. It turns out that Neko is a magic user that has run away from an alien research lab. From then on Ryouta supports these magic users, hoping to live normal lives regardless of being pursued. How will Ryouta's life change now?
Share on:

well there a lot to say when it comes to this anime it is not a harem anime as it may suggest with several women being in the anime. it is an anime about friendship and the lengths that you go to say the people in your life. the story starts with a kid who sees his friend die in front of him as a child only to meet a transfer student that looks just like her. she discover that she like the girl he knew is into aliens more over find out that she is a witch. now the story then goes a 180 after that. many characters die there are a lot of censored shots about deaths and if you are a person who judges opening you know that it gets real really quick. i thought it was to short. and the ending was a little odd that where the manga comes into play but watch the anime and be amazed it a great ride

ALL REVIEWS FOR BRYNHILDR IN THE DARKNESS »