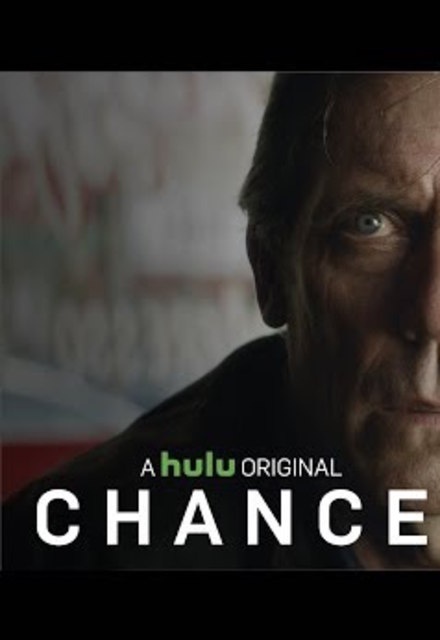 Avg Rating (3.58)
Your Rating
Wednesdays ,3:00 AM EST on Hulu
Tracked 2,148 Times
Concluded
2 Seasons, 20 Episodes
60 Minutes
Buy or StreamAmazonAmazon UK
Drama Hulu Medical Drama Thriller
Based on Nunn’s novel, Chance is described as a provocative psychological thriller that focuses on Eldon Chance (Laurie), a San Francisco-based forensic neuropsychiatrist who reluctantly gets sucked into a violent and dangerous world of mistaken identity, police corruption and mental illness. After an ill-advised decision regarding an alluring patient who may or may not be struggling with a multiple personality disorder, Chance finds himself in the crosshairs of her abusive spouse, who also happens to be a ruthless police detective. In over his head, Chance’s decent into the city’s shadowy underbelly, all while navigating the waters of a contentious divorce and the tribulations of his teenage daughter, soon spirals into an ever deepening exploration of one of mankind’s final frontiers — the shadowy, undiscovered country of the human mind.
Share on:

Chance is a drama thriller about consulting neuro-psychiatrist that refers patients to specialists and treatment plans. It's nice to see Hugh Laurie playing a main role again as a doctor named Eldon Chance who's life is in disarray. He's going through a separation and is struggling to obtain money to pay bills, support his ex and spends most of his time with patients who are mutilated by life. Through all this he wants to go above and beyond for his patients... a moral imperative to dig into the truth. The show has a great and diverse cast that portrays the unique characters with pose. The story is quite compelling and I'm looking forward to see the underlying plot unfold.

"Eldon Chance is a 55 year old right handed neuro-psychiatrist, of late he is increasingly aware of a mental state he find to be dark and unstable, he fears he has been drawn to the precipice of some new and terrible reality and now having stumbled, he will be unable to keep from falling." Eldon Chance

Hugh Laurie is an AMAZING actor first of all. I mean House was incredible and now chance. I really like that the writers made the title like House. It's so far a good show, it's scary and suspenseful and emotional, which is different from House because he was never as emotional. I really like the take on the neuropsychiatrist. I think it gives medical shows a new approach. It is also really good at showing what some people go through in life, which gives you an appreciation. I really like the father figure that Laurie plays. It's quite adorable I have to say. I even think his character with his patients is just so understanding and calm. So far, good show, I hope the writers keep it up! I'm excited, it already seems like this show can go far.

ALL REVIEWS FOR CHANCE »