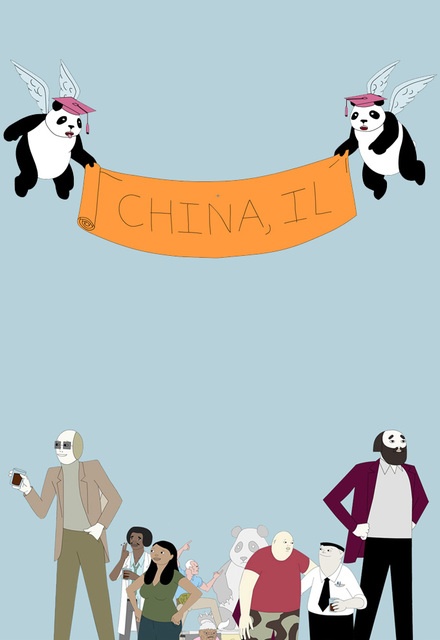 Concluded (United States)
3 Seasons, 31 Episodes
30 Minutes
93 tracks
Buy or StreamAmazonAmazon UK
Adult Swim Cartoons & Animations Grownups
China, IL – meaning "China, Illinois" – is an animated television series for the cable network Adult Swim. The series takes place at the "Worst College in America", located at the edge of town. The school's poor reputation is celebrated by the school's uncaring faculty and staff, constantly shown drinking while teaching and/or trying to avoid teaching altogether. Steve and Frank Smith are twin professors at the college, teaching different subjects with limited success, while Professor Cakes is the father of undergraduate Mark "Baby" Cakes, who spends his time at college with the school staff. Pony is the teacher's aide at the school, and the most rational of the staff, but still willing to go along with the staff's insane plots to avoid working.
Share on: