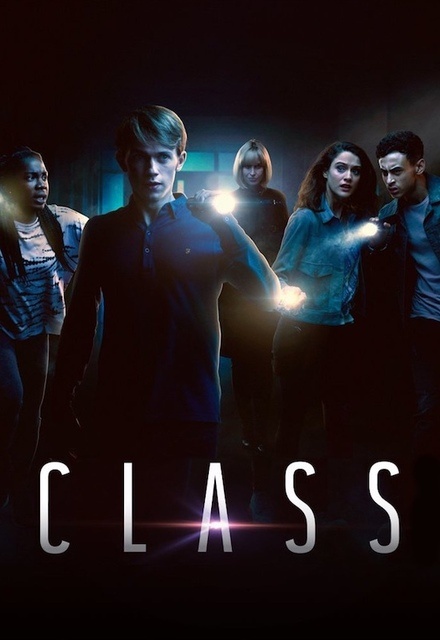 Class very much feels like a part of the Doctor Who universe, and I think that will be a really important factor when people start the series. To be specific, the format feels very reminiscent of actual episodes of Doctor Who that took place on earth, where some creature or secret group threatened us at some point and the Doctor and a group of the best of us, or whomever was on the scene at the time, had to scramble to deal with it. Thats in a sense what class is. The doctor even makes a notable appearance in the pilot episode.

Class centers around a group of high-school students (of course who look way older than highschool students) who become inexplicably involved in a highly volatile situation involving the fate of the planet. It's fun, its goofy, and its very 'Whoviesque'.

Some problems I had with the pilot were an overwhelming amount of supernatural ridiculousness mixed in with what feels like deep and authentic character writing. That in a sense, is what Doctor Who is all about, however its gotten a lot better as it's gone along at avoiding being alltogether too cheesy, and Class, in its infancy has not - so it feels extremely corny right now. The 2nd episode however takes an extremely surprising and dark turn. In fact, elements of the follow up episode are some of the most gruesome and disgusting I've ever seen on TV -- and I've seen 4 seasons 4 Bones. So now we've got a whimsical, goofy, corny, super dark and disgusting high-school drama with well-written authentic characters... I think it needs to pick and choose the right elements of these, and leave behind the corny, because it didn't really work for me. But maybe it will work more for you. For me, the darkness of that 2nd episode, and the emotional depth of the writing juxtaposed to the super goofy monsters only served to highlight just how corny it actually is.

But all in all, It should be one hell of an adventure that I think every Whovian should at least check out for themselves.

ALL REVIEWS FOR CLASS »