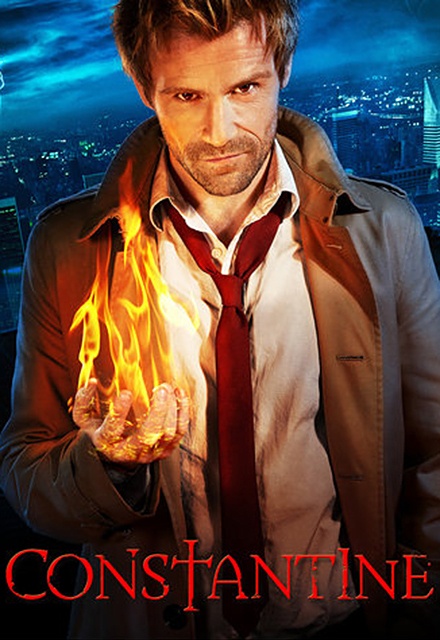 Avg Rating (3.78)
Your Rating
Fridays ,10:00 PM EST on NBC
Tracked 14,307 Times
Concluded
1 Seasons, 13 Episodes
60 Minutes
Buy or StreamAmazonAmazon UK
Canceled Drama Fantasy NBC Supernatural
Based on the characters in DC Comics’ stories about John Constantine, an enigmatic and irreverent con man-turned-reluctant supernatural detective who is thrust into the role of defending us against dark forces from beyond.
Share on:

1 episode in and as a fan of the original comic book series I am somewhat pleasantly surprised. With the superb casting decision of Matt Ryan playing the protagonist Constantine and seemingly well handled storyline/s I predict this show to be a huge success, especially among fans of the horror genre that aren't able to put up with the cheese of other supernatural shows.... Like Supernatural. I will possibly change my rating at least halfway through the 1st season but for now it gets the 5 stars for having the guts to do this show if nothing else. I am hooked after 1 episode

Further update. This show nails it for me. A great success and I hope it lasts for a good few seasons

Cannot believe this has been canned. Baffling.

Being a Hellblazer fan for ages (won't say how long because it will indicate how old I actually am), I was sceptical about this all Constantine TV show. Being a fan of Keane Reeves I did watch the movie, but something in the character of John Constantine was missing.
Any way as the reliable TVaholic that I am, despite the comments and some friends criticism, I watched all the episodes (not once but twice because you never know). First thing first, to all those who are actually “Hellbazer” fans: “Come on darlings don’t be that harsh!” There will always be something to criticise. Matt Ryan does a hell of a good job to be the antihero we all secretly want to bang or slap (or maybe both at the same time). I was pretty surprised by the NBC version of Zed. If you trick your mind to delete all the knowledge acquired from all those years of reading Hellblazer, you can feel the Milligan touch/wit. I am not ashamed to say that I am totally hooked on this show. So let’s see what those writers have in their sleeves.

ALL REVIEWS FOR CONSTANTINE »