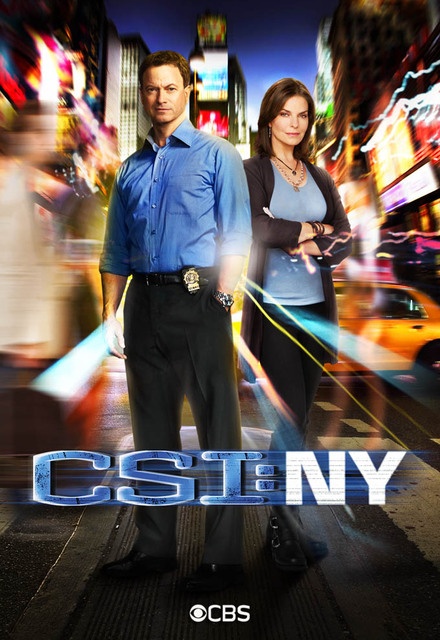 Avg Rating (0)
Your Rating
Fridays, 9:00 PM EST on CBS
Tracked 23,060 Times
Concluded
9 Seasons, 197 Episodes
60 Minutes
Buy or StreamAmazonAmazon UK
CBS Crime Drama Mystery Police Drama
The second spinoff from CSI: Crime Scene Investigation and was introduced during an episode of CSI: Miami when Horatio Caine journeyed to New York City in pursuit of a murder suspect who fled Miami. It is much bloodier than the Miami version, and was filmed in a hard blue light until Season 2, when CBS President Les Moonves wanted to make the show appear "less cold".
Share on:

In my opinion this was the best of the CSI series. Gary Sinese was great. Somehow, they made the CSi:NY feel darker. I guess it is because Miami is in the sunshine state. :-)

I loved all the cast members of this spin-off. I love all of the CSI shows, but I think I like this one because Mac Taylor was in charge all the way though and it didn't change. Probably, my least favourite from the CSI shows but it delivers good drama nonetheless.

Love Love Love this spin off... better than the original CSI (LV) but not as good as Miami. This show is great

A worthy spinoff from CSI and I admit to being sad when it ended. good show although it became a bit repetitive I have refused to watch any of the csi series...any of the criminal minds, L.A Law, any of the legal, or crime shows. Too me they all seem alike and just don't keep my interest. However, CSI NY has been my only exception...There is something different about it that makes it stand out from the rest! Gary Sinises' character really stands out and he is what made that difference. I am really missing this show but excited that he will be in Criminal Minds Beyond Borders. I am hopeful that his presence will define that show a bit differently than the original series in the same way it did with CSI NY. I just hope that they dye his hair in the new series at some point. He is a very attractive man and the gray really ages him more than is needed. I was so sad to hear that the show ended! I though Sela Ward gave it a fresh new life! Bring it back!!!

OMG I love this show!

Good writing and very rich characters. I really liked it, watched it from beginning to end.