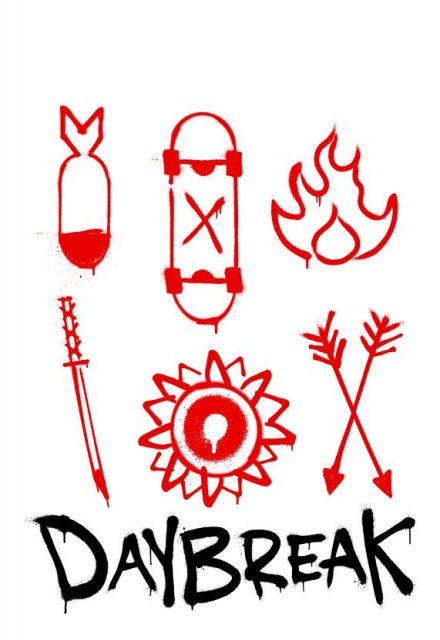 As much as I liked this dark comedy of an end of adult world, I really can see why they cancelled the series after 1 season.. I still think it's worth a watch just for fun after all it's only 10 episodes .. loved the actors and even shed a tear here and there...

I like this show because of its Lord of the Flies meets Mad Max attitude. 2 things I really enjoyed watching.
The actors do a decent job and the episodes are never boring. The budget isn't high but it doesn't do the show any harm.
Oh yeah, and the final episode holds a real surprise, but I'm not gonna spoil it for you.
Watch it. You won't be disappointed.

So bad it gets good. Loved all the references to other shows, movies and people. Sad it's canceled Daybreak threw me for a loop and I almost stopped immediately when I realized that the main character would be stopping scenes to turn and talk to the camera--I don't watch trailers so I had no idea. I generally prefer immersion. I kept watching, and I was happy to find that the show handled itself well. It's pretty over-the-top absurd, but doesn't take itself seriously. It pokes fun at tropes and no one is spared from its up-to-date criticism of our society. From the world ending with a "tweet" to 'text messages' being sent by flare guns, it's got plenty of source for its sarcastic tone.

If you don't like political commentary, you won't like this show. It's got a very liberal bias, and while it does poke fun at everyone, it certainly takes great care when dealing with more progressive ideals, especially feminism. The feminism in the show can be downright in-your-face and loud. If you're not into that, avoid Daybreak.

What loses points is the lack of commitment to its style. Daybreak is at its best when it's silly and self-aware. It feels like a group of funny people got together and wrote a show that was more about having fun with narratives and cliches than telling an actual story. Nevertheless, there are moments later in the season where the "fun" disappears and the show starts to focus on its story. Those moments are weak because the plot driving the story is weak. That weak story doesn't matter when it's just for fun, but when it tries to be serious, it gets boring really fast.

3.5 of these stars are because that's about the ratio of fun-to-story Daybreak has in season 1. I loved the fun parts. The opening of Episode 4 should have been the trailer for the show.

A fun little pastiche of post apocalyptic stories, teen comedies and social observation. Bonus is some humorous jibes poking a little fun poling at the stupid woke culture who have no sense of humor about their dreary selves.