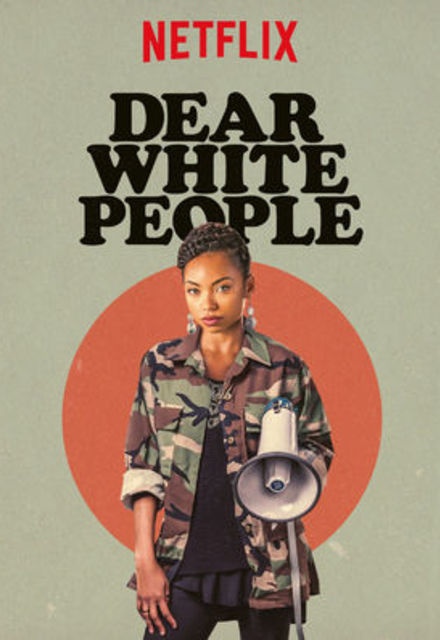 Avg Rating (0)
Your Rating
Fridays, 3:00 AM EST on Netflix
Tracked 3,420 Times
Hiatus
3 Seasons, 30 Episodes
30 Minutes
Buy or StreamAmazonAmazon UK
Comedy Netflix
Set among a diverse group of students of color as they navigate a predominantly white Ivy League college where racial tensions are often swept under the rug, Dear White People is a send up of “post-racial” America that also weaves a universal story about forging one’s own unique path.
Share on:

Repressed black people at the ivy league university in their palacial segragated dormatory sitting in high-backed leather chairs and having to wear high fashion clothes and sport $200 hair while talking and texting on their iPhones (in show ad placement like every minute).

Its mosty typical millenian whining, though there are many very funny parts, I LOLed several times. The season picks up steam, but I felt the ending was rather lame and anti-climatic. If it gets another season it would have to be revamped as I dont see where they left room for it to grow.

** SEASON 2 ** - Although there are some good moments in season 2, there is almost zero plot. The first half of the episodes are vignettes of particular characters, and the second half gets kind of weird at times, like a Scooby Do mystery show.

These vignettes are emotional at times and they all end in the same way, almost trying to force you to accept that its real. Get woke, viewer. Its basically a spin the wheel of repression: What is it like being gay, What is it like being half-white, What is it like to get pregnant and deal with the decision to get an abortion or not... but none of the episodes get that deep into the characters, its mostly shock value sound bites like you are watching someone self indulgent self obsessed person's youtube channel.

Unlike season 1, there are almost no funny parts.

I kept wondering when the intro would stop and the story would begin, but it just kept being back-story with little to nothing about the future. Which is kind of odd since its suppose to be an ivy league college and you would think there would be a lot of plot about who the characters are evoling into... who they will become. After two seasons, I could barely tell you what their majors are.

And all that would be fine if it was the black version of The Big Bang Theory, with one inane scene after another, but this is clearly supposed to be a deeper show and have a message. And that message should not be Scoobie Doobie Doooooo!!

As stated above, the writers kind of backed themselves into a corner at the end of season 1, so season 2 just meanders along with no real destination. So its not surprising that they didn't know what to write.

They will probably do a season 3, if for no other reason than good looking naked young people having sex and doing drugs in every other scene.

All that said, I'm still giving it 3 stars as the episodes do stand up within themselves, even if there is no overall direction to the show. Its slightly arty and they do explore some aspects of racism that are obv relavent today.

ALL REVIEWS FOR DEAR WHITE PEOPLE »