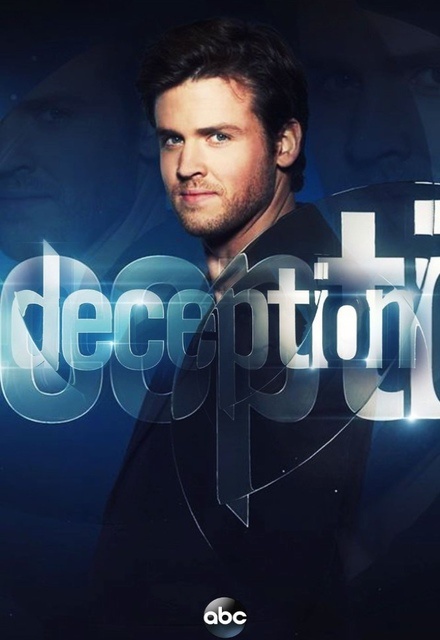 Avg Rating (0)
Your Rating
Sundays, 10:00 PM EST on ABC
Tracked 4,231 Times
Concluded
1 Seasons, 13 Episodes
60 Minutes
Buy or StreamAmazonAmazon UK
ABC Drama
Deception, written by Chuck alum Chris Fedak, is one of the highest-end drama pilots this season, which had been well received. In it, when his career is ruined by scandal, superstar magician Cameron Black (Jack Cutmore-Scott) has only one place to turn to practice his art of deception, influence and illusion — the FBI. Using every trick in the book and inventing new ones, he will help the government catch the world’s most elusive criminals while staging the biggest illusions of his career.
Share on:

"The Mentalist" was a good show, which rather lost its way and never properly fleshed out its 'big bad', "Red John". The Mentalist was motivated to track down the monster who murdered his family.

In "Deception" an illusionist and stage magician is motivated to work for the FBI in order to find the person who framed his brother and put him into in jail for a crime he didn't commit. He also brings a magic team with him, to provide a greater variety of characters for viewers to to invest in.

Oh... and our illusionist hero works has a woman for his boss, just like the Mentalistt.

The ensemble cast are engaging and, while the set-up was hard to swallow, we can suspend disbelief for a little entertainment. Let's hope that they bear in mind the mistakes made by the show that they are effectively rebooting and think the plot arc through - if they get the chance....

Will it enjoy a long run, or is it too derivative? Also, there are an awful lot of shows out there where a 'consultant' shows the FBI how it's done. I suspect that the crew have their fingers crossed on this one. If the actors can't make it fly, it won't last.

Still... well worth a watch.

A pity this got cancelled. Granted the format is reminiscent of alot of procedural shows (Castle, The Mentalist, Bones, Perception and so forth), the cast worked well together and the characters were interesting and we were given background information throughout the series.

ALL REVIEWS FOR DECEPTION »