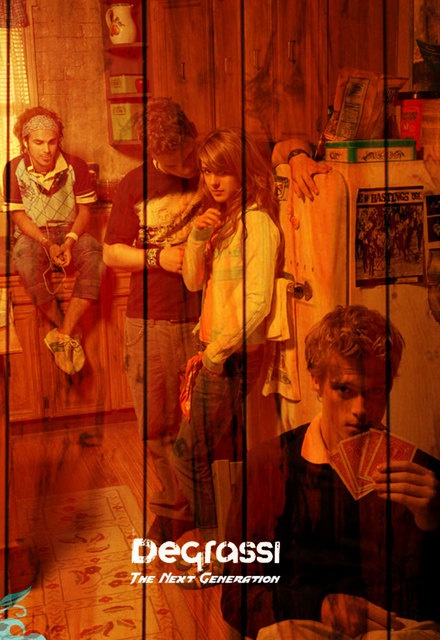 Degrassi: The Next Generation

Degrassi The Next Generation is an institution. So many great seasons with an ever changing roster of students, some seasons are better then others. But this is a great time to start watching, since season 14 will be the last season of Degrassi: The Next Generation Just watched the entire series for a second time, and it still is one of my favorite shows. It deals with both serious problems and small day to day stuff, its really amazing!

I loved the show watched almost all the episodes . It brings up a lot of real issues that teens suffer with today and that will probably continue to suffer with so sad its ending going to miss a lot of the that were on like Claire and Eli and Ali and Dallas and all of the rest of the cast that are leaving . check out which characters are leaving and which are staying . charactershttp://degrassi.wikia.com/wiki/Degrassi:_Next_Class_(Season_15) My guilty pleasure. I watched this in high school and still keep up with it. Anything you could possibly encounter as a teen gets coverage in this show! Real characters, ones you can love and ones you can hate. Probably my favorite show ever! I've been watching since the beginning and finding the Original parents in the 80's made it even better! One of the only shows that's still fun to watch after so many seasons.

The show that never ends!! The story lines are repeating themselves!

Oh so dramatic! They cover every potential issue teenagers may go through. Drugs, pregnancy, bullying, sexting, school shootings - absolutely everything.

how many more seasons is this gunna drag on
dont get me wrong i still watch it but pretty sure the show has already done everything..
teen pregnancy, drug addicts, fight clubs, alcoholics, lesbians, gays, daddy issues, adoptions, etc, its great but i think its about time to start something new.. Lots of seasons and works through different characters. Talks about lots of key parts of young peoples life that might be hard to talk about normally. Highly recommend this show.

real life situations that are really going on in high school, and no one wants to stop them I love this show!!! I started watching it maby 2 years ago and what I love the most about it is that it will always be relevant.