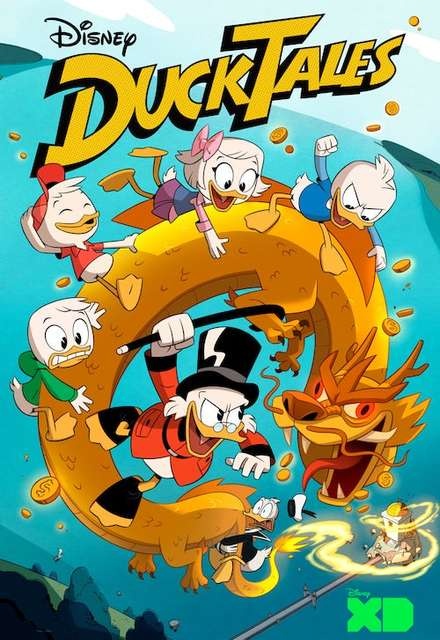 The classic Ducktales rebooted for the modern age. At first glance this appears to be another needless reboot and the animation can be somewhat jarring due to it's unique art style. As with all reboots, the initial reaction is negative, however, given some time, this show finds its legs. The bright flashy story telling of the classic treasure hunts in the original show has been pushed to the side for a more character driven approach.

The show keeps most of the original cast including Gyro Gearloose and Launchpad, however revises characters in the form of Mrs.Beakley and Webby. These characters are interesting and while Webby's spastic and energetic mannerisms aren't new to this type of show (see any character in a cartoon voiced by Kristen Schaal) it does add an interesting dynamic to the nephews which often blended together in the original series.

I believe that die-hard fans of the old might have to take this with a grain of salt, however new viewers with fresh eyes are likely to pick it up pretty quickly. The staying power will rely entirely on the creators ability to balance the "adventure a week" format from the old series while tying in what seems to be a greater plot arc with the newphew's search for their mother without getting too bogged down in it.

ALL REVIEWS FOR DUCKTALES »