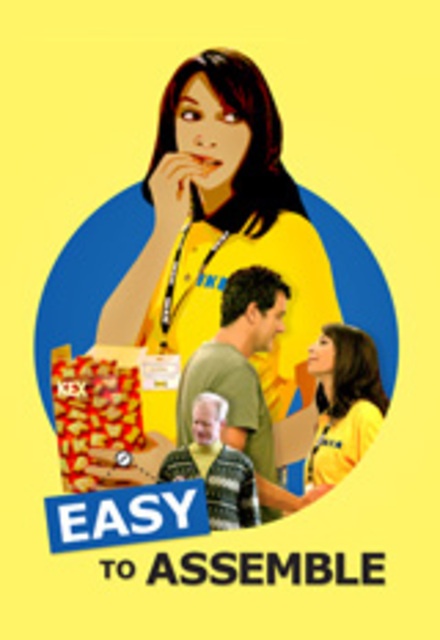 Concluded
3 Seasons, 40 Episodes
35 tracks
Buy or StreamAmazonAmazon UK
Comedy
Easy to Assemble is the creation of actress and writer Illeana Douglas, chronicling her life as she quits showbiz to work at an Ikea. Tired of the Hollywood grind, Illeanna believes that by giving up and working at Ikea she'll finally achieve the normal life she longs for. Quitting Hollywood isn't easy, however, and Illeanna finds herself dealing with her old agents, managers, and friends who follow her to into the store. And a rivalry with friend and fellow employee Justine Bateman heats up when both women decide to go for the coveted Ikea "Co-Worker of the Year" title. Featuring an all-star comedic cast, and featuring Ikea's own easy to assemble furniture and store amenities, the comedy took home a 2010 Streamy Award and already has a second series online.
Share on: These are shows that have been sitting on my list for ages, just waiting for me to marathon.