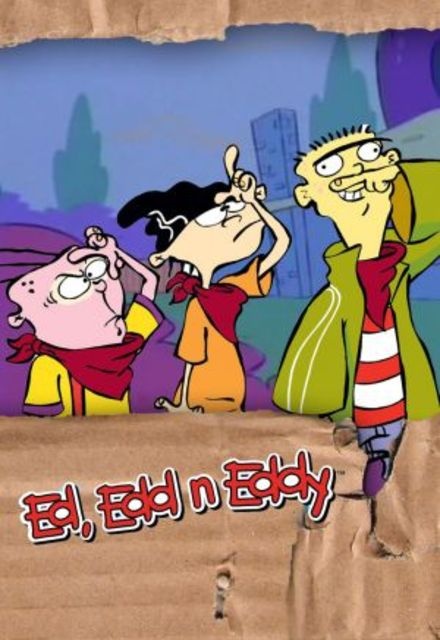 the most stupidest people in the world

As a child, I loved this show but since the re-runs have been aired - I would not let a younger audience watch this. Parents need to know that that the three main characters in this boisterous cartoon series routinely pick on each other and call each other by relatively benign names like "dork" and "loser." They also seem to receive zero adult supervision.

Watched it all the time as a kid, how can anybody be that dumb? lol

Ed, Edd and Eddy is one of my favourite childhood shows. This show is too underrated for a kid's show honestly. Each of the eds has a different type of personality which makes them work together so well. It's filled of legendary quotes, sound effects and gags. This show marked pretty much the ending of the Golden Age of CN.

Watch it all its amazing

Watched when I was a kid. A true classic from the golden age of Cartoon Network. This is great for you to watch with the kids if you're a grown up cartoon lover.

Silly cartoon, I watched with the kids :-S Truly gross. Loved it when I was younger though! Childhood, all is said

One of my favourite!

One of the dumbest cartoon ever.

It was one of my favourite shows from Cartoon Network when I was little. I GIVE THIS SHOW D