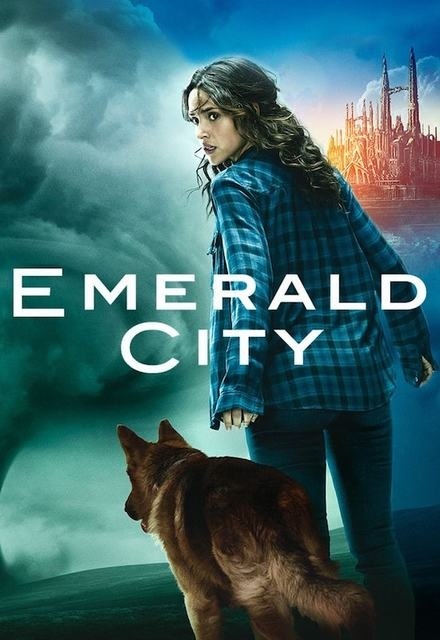 Avg Rating (3.8)
Your Rating
Fridays, 9:00 PM EST on NBC
Tracked 4,893 Times
Concluded
1 Seasons, 10 Episodes
60 Minutes
Buy or StreamAmazonAmazon UK
Drama Fantasy NBC Resurrected
In the blink of a tornado’s eye, 20-year-old Dorothy Gale and her K9 police dog are transported to another world, one far removed from our own — a mystical land of competing kingdoms, lethal warriors, dark magic and a bloody battle for supremacy. This is the fabled Land of Oz in a way you’ve never seen before, where wicked witches don’t stay dead for long and a young girl becomes a headstrong warrior who holds the fate of kingdoms in her hands.
Share on:

This review is based on the two hour pilot which premiered 1/6/17.

Emerald City is a televised adaptation and re-imagining of the classic book and film, The Wizard of Oz.
While the key names and characters are the same, everything has been modernized and greatly toned down in the cheese factor, and instead imbued with a more gritty Game Of Thrones-esque dark realism. And by realism, I don't mean realistic, I just mean that witches are evil, magic is destructive, and no one in this mystical land is a good person, not even Glinda, the so-called good witch.

This is a hard fantasy series that at this point may or may not follow the original storyline, but Its my hope it doesnt and just borrows the original universe and takes it in its own direction story-wise.

The CG is well done, the characters seem interesting, the universe they've build feels large and populated, and most importantly, its not cheesy. There were a few scenes in the pilot that were a bit dumb, some chanting convulsing witches, another screaming over-acted witch, and a ridiculously spontaneous and surprising gender-bending twist that made me raise an eyebrow - but other than that, It was a pretty strong pilot.

Sort of gave me a Chronicles of Shannara feel, but darker. I also really liked the imagination of the creators, turning the classic flying monkey into a steampunk machine, and the Munchkin's into the Munja'kin, a war-like tribe of barbarians. There's some cool stuff at play here.

Should also note that this show is definitely not for kids. There's prostitution, child abuse, murder, and gore. I could personally do without the prostitution, but whatever.

I'll sum this new show up in one sentence..

A FANTASTIC much darker modern twist on the 'Wizard of Oz' that's similar in the dark and gritty genre as 'Game of Thrones' and 'Lord Of The Rings'.

The acting is good, the sets are great to look at, the scenery is great, the world is fantastic and big, the CG is very well implemented and looks real, definitely worth the watch, i'll certainly be following THIS show every week.

ALL REVIEWS FOR EMERALD CITY »