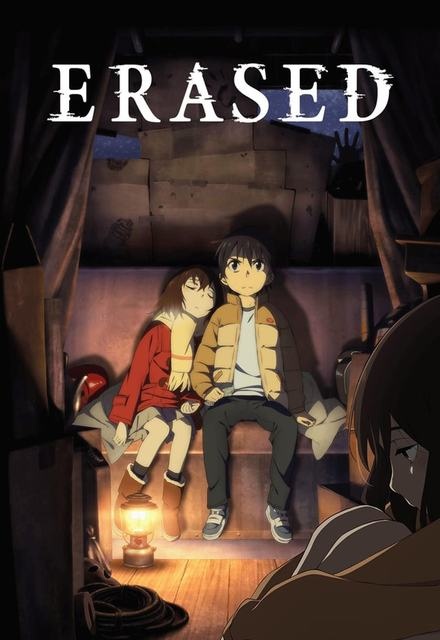 Avg Rating (0)
Your Rating
Fridays on Fuji TV
Tracked 287 Times
Concluded
1 Seasons, 12 Episodes
30 Minutes
Buy or StreamAmazonAmazon UK
Anime Japanese Anime
The story follows Satoru Fujinuma, a man who possesses an ability that sends him back in time moments before a life-threatening incident, allowing him to prevent it from happening. When his mother is killed, Satoru's ability suddenly sends him back eighteen years to when he was still in elementary school, giving him the opportunity to prevent a kidnapping incident that took the lives of three of his classmates.
Share on:

One of the best anime ever made Erased is creepy, dark, and fantastic. I was on edge the whole time. Honestly had a great ending doesn't need a season 2

ALL REVIEWS FOR ERASED »