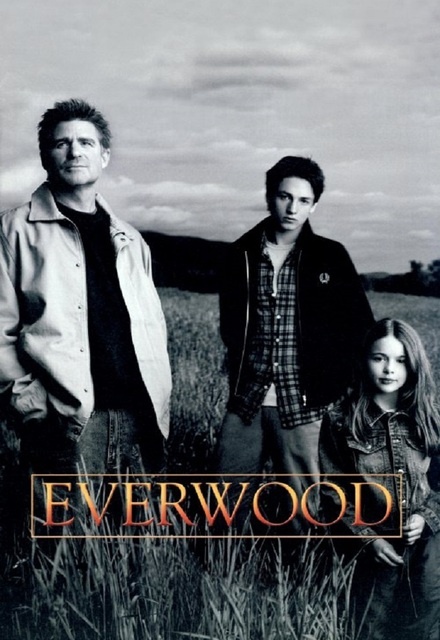 Avg Rating (3.66)
Your Rating
Mondays on The WB
Tracked 2,182 Times
Concluded
4 Seasons, 90 Episodes
60 Minutes
Buy or StreamAmazonAmazon UK
Canceled Drama Medical Drama Teen Teen Drama The WB
Everwood was a prime time television drama which aired in the United States on the WB network. The series was set in the fictional small town of Everwood, Colorado, though in reality it was filmed in Ogden and South Salt Lake, Utah (and the pilot was filmed in Calgary). It is primarily a serious drama with some comedic moments. Everwood was not renewed for future production and did not survive the merger of the WB and UPN into the CW. Since October 2, 2006, reruns of Everwood air weeknights on ABC Family and is also seen in Canada on Vision TV.
Share on:

This is something for the heart. A father - son relationship that couldn't be better. Small town stetting.

What a great look into simpler ways of living and how it can completely affect your perspective. I liked it in the beginning, then it just was too much drama for me. A good, down to earth and realistic series about singleparenting. Reminded me a bit of Gilmore Girls, but has more testosterone in it.

DRAMA... Small town folks with a lot of feelings...

Well for me a lot too goody goody... I barely made it through the 1st season but finally gave up in the 2nd... just too boring!

Though I liked the story, most of the times I found the writing a bit too cheesy for my taste. If you're in to teen drama series you could give it a try nonetheless.

Probably I will not watch this again, but it was good when I saw it.

I really enjoyed the basics of this show. Some of the plots in certain episodes were dumb or cheesy. Sometimes, I was just so bored, I couldn't even sit through the whole episode in one sitting. First season was really good, but a couple of the characters started to just really annoy me after a while. Middle 2 seasons were only ok. Mostly boring with a few interesting parts sporadically throughout. Last season was good, but finale felt rushed. Watching one time through was worth it, but I won't watch again.

I really liked this show it was just real.