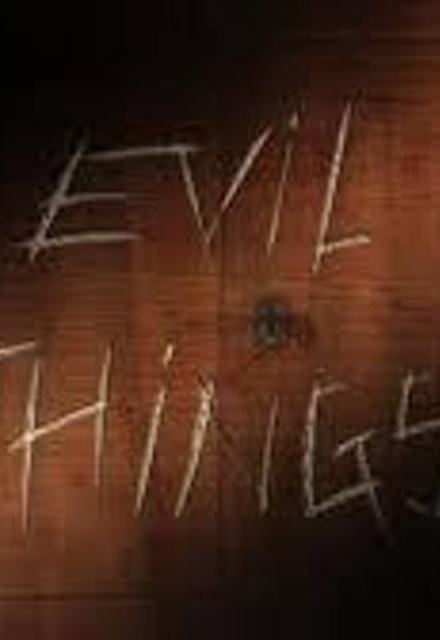 Avg Rating (0)
Your Rating
Fridays, 10:00 PM EST on TLC
Tracked 73 Times
Concluded
1 Seasons, 7 Episodes
60 Minutes
Buy or StreamAmazonAmazon UK
Fantasy Reality Supernatural TLC
Each episode of EVIL THINGS features two stories of people who claim they've survived frightening paranormal activity caused by a haunted object ranging from toys to jewelry and even furniture. Anything can become a vessel for the dead. Based on compelling first-person accounts, each twisted mystery exposes the sinister secrets hiding within seemingly innocent items... some of which could be sitting in your own home right now.
Share on:

A tv series that tells a few stories per episode about haunted objects, be it jewellery, dolls, furniture etc. The series is shown in the same veins as tv shows like My Haunted House, A Haunting, and Paranormal Witness (in the way they use reenactments to tell the story whilst using actors/actresses as the people being interviewed.) Names are changed to keep peoples identities hidden so to me these stories could be totally fabricated by the tv studio and just saying they are based on true stories just to sell the series. In either case.. it's still a good series to settle down to and watch alone in the dark if you want to creep yourself out.. HAHA!

ALL REVIEWS FOR EVIL THINGS »