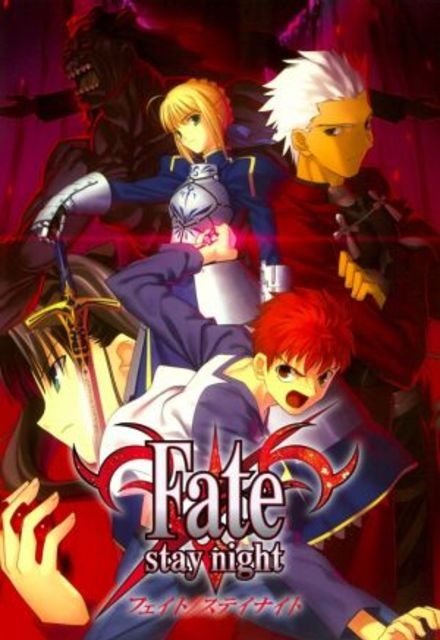 Avg Rating (0)
Your Rating
Mondays
Tracked 367 Times
Concluded
1 Seasons, 24 Episodes
Buy or StreamAmazonAmazon UK
Anime
Shiro Emiya is a normal high-school kid in Fuyuki City, except he's been trying to learn magic all his childhood - unfortunately, he's not very good at it. One day he witnesses a battle between two mystical heroes and their magic-using masters. After being pursued by one of them seeking to "silence" him, Shiro unwittingly summons a servant of his own, named Saber. Shiro finds out that he has been drawn into the "War of the Holy Grail", a bloody contest between 7 masters and servants who compete to win the object that can grant their greatest wishes...
Share on:

Fate Stay Night is the fantastic fantasy anime that marked the beginning of the fate franchise. Competing for the holy grail, a group of magic users summon famous familiars to fight for glory! With a myriad of famous characters including King...ahem Queen Arthur, this show is a delight to watch.

ALL REVIEWS FOR FATE STAY NIGHT »