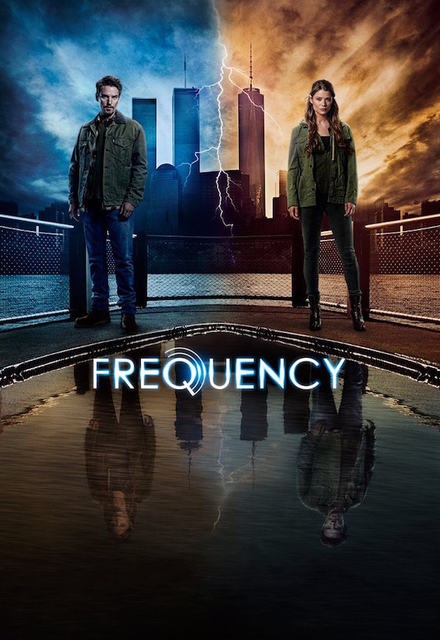 Avg Rating (3.92)
Your Rating
Wednesdays ,9:00 PM EST on The CW
Tracked 5,292 Times
Concluded
1 Seasons, 13 Episodes
60 Minutes
Buy or StreamAmazonAmazon UK
Fantasy Science Fiction The CW
In this reimagining of the New Line Cinema film, a female police detective in 2016 discovers she is able to speak via a ham radio with her estranged father (also a detective) who died in 1996. They forge a new relationship while working together on an unresolved murder case, but unintended consequences of the ‘butterfly effect’ wreak havoc in the present day.
Share on:

Let it be said that I hope I never have to come back and amend the message of this review.

I write reviews to share my opinion on new shows with you with the hopes of providing information to sway your decision as to whether or not I believe you should be introduced to great new content, or saved the headache of absorbing garbage television. As of this very moment I have seen over 350 television pilots since 1999, and I believe that "Frequency" is up there with the absolute best of them. I hesitate to say its the very best, only because I can't recall off the top of my head all the pilots for every show I've ever seen, but I can say that I've previously never felt the same level of compulsion to go and write the most praise-worthy review I can think of the very second after finishing a new pilot.

Frequency is a new CW primetime drama based off of the 2000 movie starring Jim Caviezel and Dennis Quaid of the same name. If you haven't seen it, it was a great movie, and everyone I know who's seen it would agree. Whomever thought that in the wake of all these remakes and movie-to-television adaptations it was a good idea to adapt the plot of this particular movie into a serial drama, I'd have to say is a genius. Now, I don't want to brag, but as a screen-writer myself, I'm always trying to come up with ideas for new shows, and I had an idea for an uncannily similar show to this about a year ago. In my version, a mysterious ancient mirror purchased at a yard sale allows the owner to see through it into the future, creating a two way path of communication between the present owner of the mirror, and the owner of the future. In my version, the owner in the future informs the one in the past that the world is going to change drastically for the worse, and requests the person from the pasts help to stop it from happening. I thought it was a pretty neat Idea. Anyway, Frequency is a similar concept. A lightning storm causes a phenomenon allowing Raimy Sullivan (CW Alum Peyton List, The Tomorrow People, The Flash) to communicate via an old HAM radio with her dead father, an undercover cop who is alive in 1996.

The show is is many elements, combinining a police procedural, with family drama and science fiction. Over the course of an episode, Raimy will get to talk to the father she never had growing up, and work with him to try and solve his own murder as well as taking down a notorious killer known as "Nightingale" who committed a series of murders in '96, and who has recently returned to finish the job in '16. Together, they will work leads from both sides, trying to find the identity of this killer before he can cause more damage. Additionally ... everything they change in the past, affects the future in unpredictable ways, and lets just say that in the pilot there are some emotional shocks and actual ripples as a result of their meddling with the timeline, and things change. I imagine that each episode more things will change -- such is the nature of timetravel based television. But like Izombie with Liv's personality changes, I find these unpredictable changes to the show's contstants always make for great TV by keeping things both lucid and interesting.

The pilot was masterfully done with great character development and pacing. It had a very movie-esque approach to cinematography and scoring and didn't feel much like a typical CW show in the sense that It felt really emotionally deep, and powerful. While the show clearly has elements of science fiction and mystery, I believe at its core its more about family, and heroism. I feel this is a show that a lot of people will connect with, and If each episode is half as good as the pilot was, I think we may have found ourselves the best show Wednesday night TV has ever had to offer. Although I will say that Designated Survivor is really tough competition, and is a competitor for the Wednesday TV hall-of-fame -- but Designated Survivor is on at 10, and you can and should watch it right after Frequency.

You should also watch Lethal Weapon at 8, while you're at it. And Blindspot. And Arrow.
It's hard to believe that this is a Wednesday night I'm talking about.

I liked the movie (b/c of Jim Caviezel), so I had to check out the show. The casting is fine (I like Mekhi Phifer), but after the first episode I'm concerned. Based on how much was revealed in the pilot, I can see this hitting a wall much sooner than expected. I'll probably stick it out because I'm curious.

ALL REVIEWS FOR FREQUENCY »