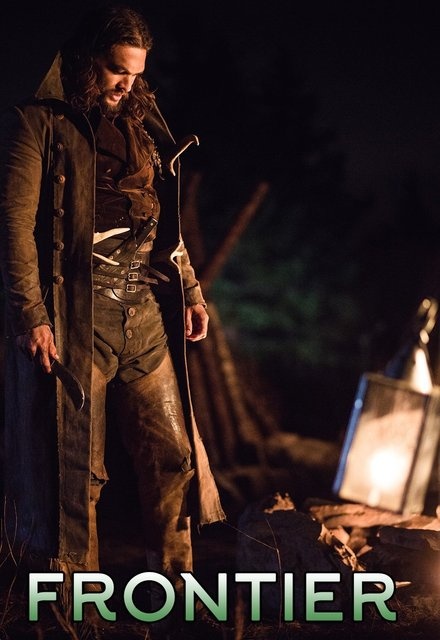 Avg Rating (0)
Your Rating
Sundays, 9:00 PM EST on Discover CA
Tracked 2,482 Times
Concluded
3 Seasons, 18 Episodes
60 Minutes
Buy or StreamAmazonAmazon UK
Discovery Drama Netflix Period Drama
Commissioned by Discovery Canada as the channel’s first original scripted series, Frontier will debut in Canada on the network before coming to Netflix Canada beginning in 2018. The series follows the chaotic and violent struggle to control wealth and power in the North American fur trade in the late 18th century. Told from multiple perspectives, the series takes place in a world where business negotiations might be resolved with close-quarter hatchet fights, and where delicate relations between native tribes and Europeans can spark bloody conflicts.
Share on:

Frontier is a period drama that covers the conflicts between Natives, Europeans, Canadians and Americans in the 18th Century in North America. There's and ongoing battle for trade, land, power and most of all... pride. This is a new "Frontier"; a new land filled with opportunity, resources, prospects and riches. The cast is well versed and story is interesting enough. I recommend this show to Canadians and history buffs.

im happy that it reach the end before concluding, the show was wonderful.

Like to see some Canadian history about the fur trade and how violent the different companies fought over owning the rights to the trade. Great cast and story. It would nice if there were more episodes to a season.

Frontier is one of the series I was excited about when I first saw Game of Thrones because a character that left that show too soon now has his own time to shine. And bloody hell, he did shine through. The story is about the fur trade in the 18th century when the English were still on the American continent. It is up to Declan Harp to stop the English and make the native fur trade shine. Even though this does not sound as interesting as I'm writing it, the action and the characters do make up for it.

Acting could be a lot better. I will watch first episode of next season.