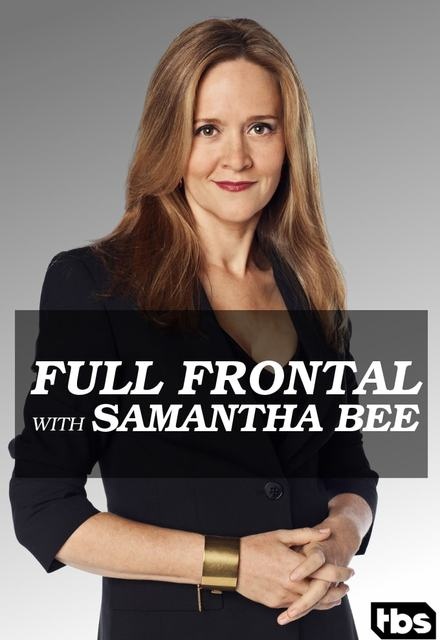 Love Samantha Bee! She was fabulous on the Daily Show with Jon...

Trevor who? Only a few episodes in, Samantha Bee has established herself as THE BOSS of political humor shows. (We laugh because we'd cry otherwise.)

I loved her on The Daily Show, and this show started off really good. I recommended it to my RL friends even! However, after the last few episodes I have down-graded it every time. She should try to emulate some of the best qualities of Jon Stewart: independence & equal opportunity skewering. Since she is obviously carrying water for Hilary, it is hard to believe what she says about many issues.

Great show, I really think Samantha Bee takes off where "The Daily Show" now fails. I love that she holds no punches!

Sam Bee was great on The Daily Show and even better with her own thing.

She was horrible on The Daily Show and keeps it up with this new terrible show. What was TBS thinking?

Her wardrobe is all little jackets & tight jeans. Thigh gap seems to be important to her. Her presentation is also pretty much the same every night, shouting what you'd expect about the nearly latest headlines. Yawn. Very disappointing. She used to be very interesting.

So Far , So Good , but need to see a few more episodes but very much a great opener , worth ur time very much Daily Show & Real Time influenced but Samantha has a good delivery and not sitting at a desk !

Absolutely loving Sam's and her team's take on current events. Hopefully we'll get to see it daily once women are allowed into late night talk show land.

I consider Samantha Bee's brand of Hollywood liberalism to be a kind of universalist, racist, and hegemonical doctrine that tries to impose post-modern/neo -Bolshevik values, ideas, and principles over all of mankind. And I think this is an imperialistic and colonialist adventure. In short, I can't stand this whiny, shrill, fake AF Canadian's opinion being spit into my ear. I can only hope she loses more sponsors after her Ivanka Trump tirade.

I don't even like watching TBS anymore because of her show. I know she thinks she is being politically funny but I can't even watch the commercials for her show. I'm sure it is just the Clinton leftovers watching her, so I hope that Big Bang Theory finds a new home. or I won't be able to watch that either.

It's better than most other shows of this kind. Really good quality. As good as Larry Wilmore Nightly show. BUT ... totally inaccurate on BREXIT - surprising.
Imagine for a moment that some of the state regulations of say California were decided on and voted on by the state of New Jersey - imagine the uproar - so we voted BREXIT.
Imagine a club membership fee becoming so extortionant. You would adjust your budget accordingly - so we voted BREXIT.
Imagine you had joined a club with originally 7/8 other members which over the years grew to over 20 members - the majority of which decided that you (just you) had to find hospitals/schools/jobs / houses / pensions / other medical for an unknown number of people - which meant you would have to build a new house every 8-10 minutes and pay for it all !! - would you ? So we voted BREXIT

I'll save the "should've given her the daily show" comment and just say TBS didn't give a great show a decent budget.