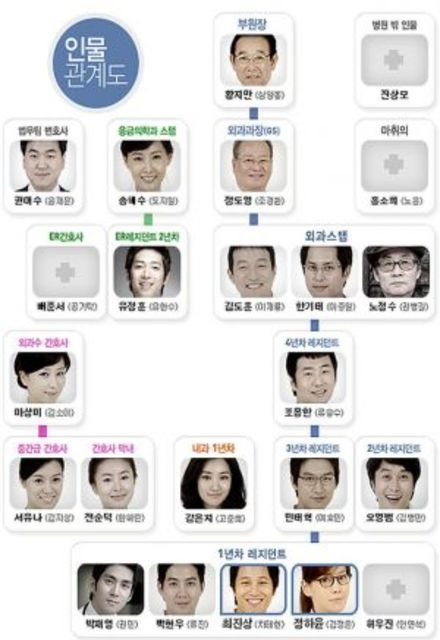 Avg Rating (0)
Your Rating
Mondays
Tracked 36 Times
1 Seasons, 17 Episodes
Buy or StreamAmazonAmazon UK
General Hospital 2, the second season of the legendary medical drama "General Hospital", has finally arrived. Starring some of the original cast as well as fresh, new faces, things are even more eventful and entertaining at this general hospital. Kim Do-hun (Lee Jae-ryong) is now a staff doctor and finds himself in charge of new and inexperienced fledglings reminiscent of himself several years ago. There's Jeong Ha-yun (Kim Jeong-eun), an ambitious woman who passed the bar exam and wants to be a doctor who protects the rights of the patients. There's also Choi Jin-sang (Cha Tae-hyeon), who graduated at the bottom of his class and nothing ever seems to go right for him. And who can forget perfect Baek Hyeon-wu (Ryu Jin), the younger brother of Hyeon-il from season 1, who's so perfect he's more like a robot. And "guiding" them (aka torturing them) are Han Ki-tae (Lee Jong-won), who's textbook to the T, and Jo Yong-han (Ryu Seung-su), who seemingly loves to beat on Jin-sang in particular. As Jin-sang matures as a doctor, Ha-yun learns to look at both sides of the situation and Hyeon-wu begins to show his soft side, their personal challenges and down-to-earth qualities will warm the hearts of viewers.
Share on: