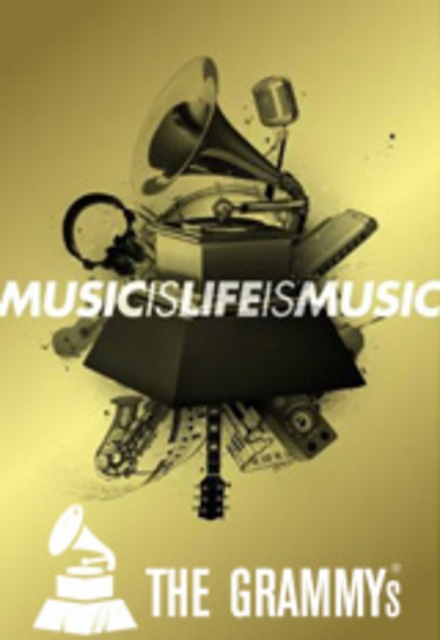 Avg Rating (0)
Your Rating
Sundays, 8:00 PM EST on CBS
Tracked 1,338 Times
Hiatus
9 Seasons, 28 Episodes
180 Minutes
Buy or StreamAmazonAmazon UK
Awards Shows Music
The Grammy Awards - or Grammys - are presented annually by the National Academy of Recording Arts and Sciences of the United States for outstanding achievements in the record industry. The awards ceremony features performances by prominent artists, and some of the more prominent Grammy Awards are presented in a widely-viewed televised ceremony. The Grammys are considered the highest music honor, the U.S. record industry's equivalent to the Academy Awards (Oscars) for motion pictures.
Share on:

For the February 2017 59th Grammy Awards.
Five stars because during all the awards and fun, the Grammys will also be honoring music legends. My beloved George Michael and the genius that was Prince. I was too young to be that aware of Wham but wow, when he started his solo career I was all in. That beautiful, mellifluous voice of his, his cheeky sense of humor, the fact that in concert you felt George was talking just to you. I still cannot comprehend that we lost George Michael on Christmas Day and I know that the grief I feel is felt by millions around the world.His last live album, Symphonica at the Palais Garnier (he and the orchestra rehearsed for a full year) was nothing short of sublime. His voice was in perfect form (when did you ever hear him not sing well!?!) and his producing and editing skills were shown off to perfection.

Prince in concert was visually and acoustically stunning, I remember being astonished at how casually he played the guitar and man, those were difficult riffs. All those costume changes...wow. Friends of mine stayed up all night trying to work out the drum sequence of just one of his songs, it was that complicated (they still haven't managed it!). He is and will always be remembered as an artist, not only a musician and I believe, just my opinion, that also applies to George Michael.

Losing George Michael at Christmas is still raw, overwhelming and my heart aches. But, he would want the special tribute to him to be about fun, not tears. Prince was also intensely private, I don't know what he would have wanted but I hope that the Grammys and the singers/performers pay both artists the respect they earned throughout their lifetimes.

I loved and will miss them both.

Both artists were superb lyricists, I never fail to well up when I hear 'My Mother had a Brother' and I love 'When Doves Cry' different songs, both exceptional, like their lyricists.

We lost so many musicians and singers over the past year and it seems, from previews, that they will be honored together, with Prince and George Michael receiving separate tributes.

James Corden (Smithy!!!). George was his first carpool Karaoke and if you haven't seen it then get thee to a video site to watch the two of them have so much fun for the UK's Comic Relief. It's sheer brilliance. I guess this will be a fun yet bittersweet night for James Corden as he admired George Michael so much.

Too long a review, the show isn't even on yet but I only had a very short sentence to describe how I felt for the sentence you'll see on the right side of the page over the next week. George Michael became such a huge part of this girl's life and his music and lyrics impacted on me so much that I wrote only about him. ♥ ♥

I'll update this, just for myself really, after the show.

Some years are better then others...

One of the most entertaining award shows.

Year after year, my hopes for recognition of songs for their versatility in genre and originality in score, grow thinner. As it seems to be the case in motion pictures, music industry also appears to be restrained by interests of the ruling few. I personally detest the fact that marketing tools are speaking louder than talent and diversity! Grammies, Oscars and Bafta nominations and awards make it crystal that unlike eras before 2010, awards bestowed in cinema and music sectors today no longer can be deemed as filters and acknowledgements of talent but more like as recognitions of best marketing campaigns. I can't help but feel sorry for younger generations who would acknowledge the imposed mainstream marketing marvels as best in the business.