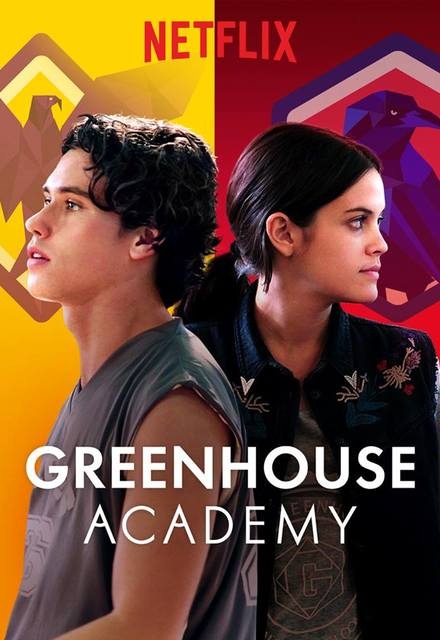 Avg Rating (0)
Your Rating
Wednesdays, 3:00 AM EST on Netflix
Tracked 1,114 Times
Hiatus
4 Seasons, 40 Episodes
30 Minutes
Buy or StreamAmazonAmazon UK
Drama Kids Netflix
When teen siblings Hayley and Alex enter an elite boarding school, they find rivalry, romance and a mystery related to the recent loss of their mom.
Share on: It's an entertaining teen series that had a not so bad story. Sadly it has a lot of plot holes and paradoxes that kind of ruin the whole thing:
1.If somebody has been in a coma for 1 year lying in a bed, it would have muscle weakness, fatigue, and psychological problems after waking up, and it would not be able to wake up and walk just minutes after waking up.
2.If somebody throws a bomb into the ocean. Probably they will have some injuries caused by the blast's shock waves, and by fragmentation from objects propelled by the explosion. The ears would be the most affected by the overpressure, followed by the lungs and the hollow organs of the gastrointestinal tract. The wave would hit the air-filled pockets of their bodies and instantly compress the gases there, possibly resulting in blocked blood vessels, ruptured lungs, torn internal tissues and even brain hemorrhaging. They would definitely not just stand up and walk after 2 seconds.
3. Regarding the FBI dad. So, the agents handcuff him and FORGET that he has his smartphone in his hand, so he is able to call the FBI director and save his ass???. You know how hard it's to unlock a phone, find a specific contact, call him, and be lucky enough that he doesn't say anything so that your kidnappers can't hear him. Everything while being handcuffed with your hands behind your back and not being able to look at the screen????.
4. If somebody is sooooo smart like that Marcus guy, why didn't he get rid of Judy ages ago?
5. How are the bad guys connected or what do they want? For me, the vague earthquakes' explanation simply doesn't work.
6. I know that it is a super technological boarding school and that they have some sci-fi technology, but seriously? Why in the final episode suddenly everybody had special talents that you have never seen before?
7. The timeframe didn't work at all, within 1 MINUTE, the police manage to arrive on the campus and save the situation and nobody escaped. I have never seen such fast police force in action.
8. Daniel and Leo save the day by getting into the cave. So Marcus is unconscious but he happens to wake up in the moment that those kids arrive and is awake just to open the secret door and then he passes out again. WOW, that is some coincidence!!!!
9. They happened to have the key to unlock the bomb in their pockets but never realized before. Just 50 seconds before exploding they connected everything in their mind.
10. Remember the coma patient, she was there for 1 year, but 2 seconds before the explosion she happens to know some important information about a secret key on the cave??? How did she know that??? SHE WAS IN A COMA.
10. Ohhh I almost forgot the hypnosis/brain-washing part and the Dehypnotizing process with a Binaural Hypno Spiral and a Teddy panda bear call Oreo.

Yes, it's a series for teenagers, but seriously are they that stupid?
That girl Ariel Mortman (Hayley Woods) she has to develop as an actress. What an emotionless performance. Does she have only one face expression?? BORING

Quite terrible. Acting is awful.
I wouldn't try giving this to watch to anyone above 6 or 7 years old. But it's about teenagers, so probably not the best option for kids.