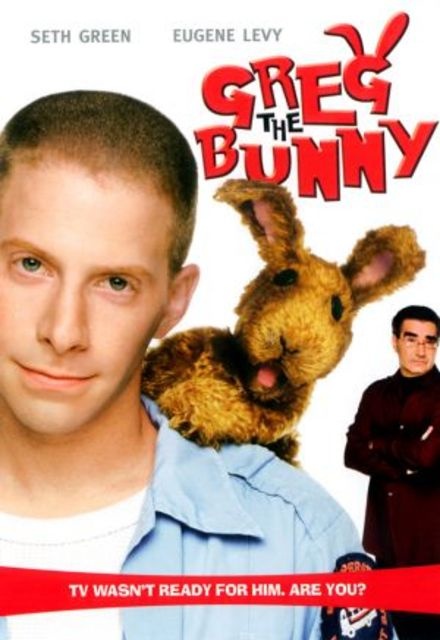 Avg Rating (0)
Your Rating
Mondays on IFC
Tracked 94 Times
Concluded
3 Seasons, 33 Episodes
Buy or StreamAmazonAmazon UK
Canceled Comedy IFC
Greg the Bunny is an American sitcom that originally aired on Fox in 2002. It starred Seth Green and a hand puppet named Greg the Bunny, originally invented by the team of Sean S. Baker, Spencer Chinoy and Dan Milano. Milano and Chinoy wrote and co-produced the Fox show. In the show, Greg was the co-star of a children's television show called Sweetknuckle Junction. Like The Muppet Show, Greg the Bunny treated puppets as though they were real creatures within the reality of the show, although in this show, they were treated as a racial minority, sometimes struggling against second-class citizenship. The show was spun off from The Greg the Bunny Show a series of short segments that used to air on the Independent Film Channel, which were based on the cable access show called "Junktape".
Share on:

Loved this show so much! I know it could be a bit hit and miss but Greg the Bunny was a hilarious show, the puppet was so cute, Seth Green was great. My favorite scene was when Greg had a bath in the kitchen sink! I laughed so much I nearly fell off the couch!