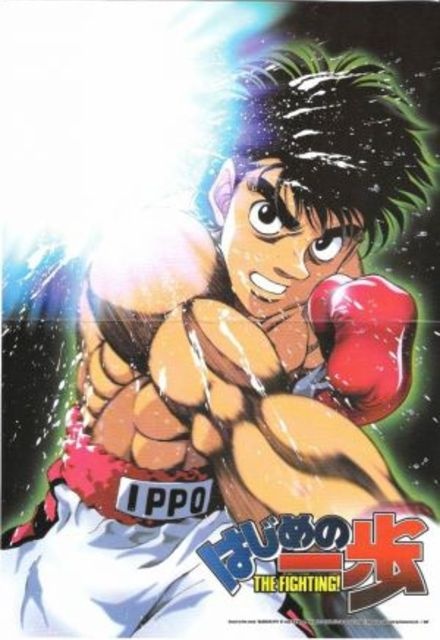 Avg Rating (0)
Your Rating
Mondays
Tracked 314 Times
Concluded
3 Seasons, 127 Episodes
30 Minutes
Buy or StreamAmazonAmazon UK
Anime Japanese Anime
Hajime No Ippo is a Japanese boxing manga written and illustrated by George Morikawa and has appeared in Weekly Shonen Magazine since 1989. After being frequently bullied as a child, Ippo's encounter with the sport of boxing inspired him to think about what true strength really is. Ippo has endured the kind, yet rigorous, instruction of Coach Kamogawa and defeated one powerful opponent after another. He mastered his signature punch, the Dempsey roll, and even became the champion of all Japan. But even as champion, he still hasn't found the meaning of "true strength"
Share on:

One of the best sports anime ever, I don't know why i took a little time in between each season. i thought it couldn't get any better but it always does. seriously impressive and always keep you on the edge of your seat even if you don't know anything about boxing in the first place. Amassing!!

This follow up to an amazing last episode was a mixed bag. Felicity Huffman is brilliant as the hypothetical mother of a disabled child in one of the most heartfelt moments of this series. But Eva Longoria as a cranky old woman is so bad it's not even funny to laugh at. This episode runs the gambit between fabulous and failure landing somewhere in between.

ALL REVIEWS FOR HAJIME NO IPPO »