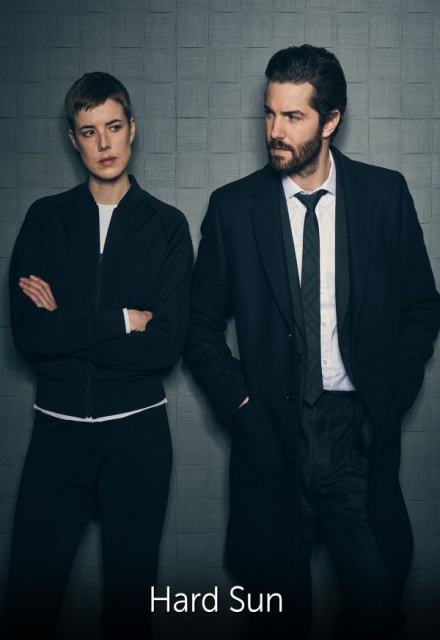 Avg Rating (3.47)
Your Rating
Wednesdays ,3:00 AM EST on Hulu
Tracked 1,365 Times
Hiatus
1 Seasons, 6 Episodes
60 Minutes
Buy or StreamAmazonAmazon UK
BBC Crime Drama Hulu
Jim Sturgess and Agyness Deyn play detectives Robert Hicks and Elaine Renko, partners and enemies, who seek to enforce the law and protect their loved ones in a world that every day slips closer to a world-ending natural disaster. Hicks is a family man and a great, committed officer. He’s also profoundly corrupt. Renko is a difficult and damaged, but utterly incorruptible officer. Thus, the two cops stand on different ends of the social and moral spectrum and also seriously distrust one other – and for good reason. But they must somehow learn to work together if they’re going to survive until the end of the world.
Share on: I really like this concept and exploring how people will react to an apocalypse and while that is not exactly the focus of this show, I still really like it. I really like the chemistry between the two leads. They each have bagage to deal with, which makes them really interesting characters. I would have like a little more focus on the pre-apocalypse aspect, but I still greatly enjoyed this as a character study of sorts. Also, Agyness Deyn is phenomenal.

A violent dark cop show about two London police that accidentally find out the government is hiding the fact that the world is going to end in five years. Both cops have a ton of personal baggage weighing them down. For the fun of it one of the cops is investigating the other one on the DL for maybe murdering his former partner. Did I mention the intelligence services are messing with both of the cops and manipulating the truth about the looming doomsday? Yeah well they are. Its a complicated but well made show.

ALL REVIEWS FOR HARD SUN »