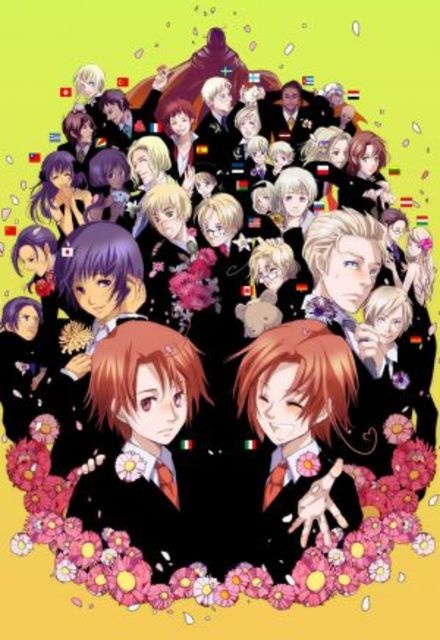 Avg Rating (0)
Your Rating
Fridays on Funimation
Tracked 607 Times
Concluded
5 Seasons, 120 Episodes
5 Minutes
Buy or StreamAmazonAmazon UK
Hetalia: Axis Powers / Hetalia: World Series / Hetalia: Beautiful World is a webcomic, later adapted as a manga and an anime series, by Hidekazu Himaruya (Himaruya Hidekazu). The series presents an allegorical interpretation of political and historic events, particularly of the World War II era, in which the various countries are represented by anthropomorphic characters. Hetalia is a portmanteau combining hetare (Japanese for "useless") and Italia. This is to make light of Italy's apparent cowardice during World War II.
Share on:

A very unique series that is quite humourous and can be somewhat educational. The 5 minute episodes don't require much commitment and often leave you chuckling and maybe a little more knowledgeable; definitely worth the time.

ALL REVIEWS FOR HETALIA: BEAUTIFUL WORLD »