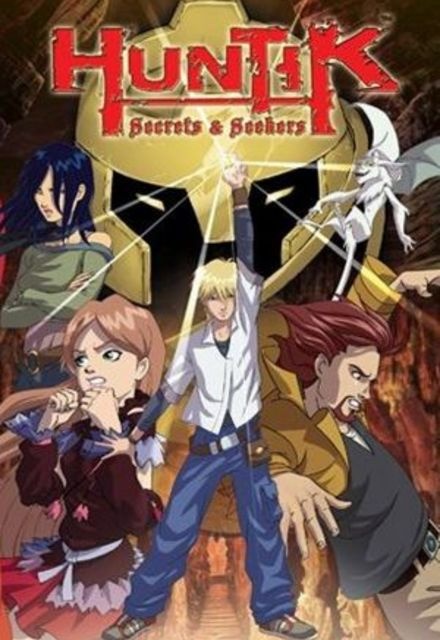 Avg Rating (0)
Your Rating
1 Seasons, 27 Episodes
72 tracks
Buy or StreamAmazonAmazon UK
Big Kids Cartoons & Animations
Lok's father has been missing for years, and the only thing Lok has to remember him is an ancient jar. When that jar is accidentally broken, Lok discovers a journal and an amulet that discuss the mysterious Titans. Now Lok is teaming up with Sophie Casterwall, Dante Vale, and Zhalia Moon is find and bond with the Titans before The Professor, DeFoe, Grier, and the evil organization use them to take over the world. A new life as a member of the Huntik organization has only just begun.
Share on: