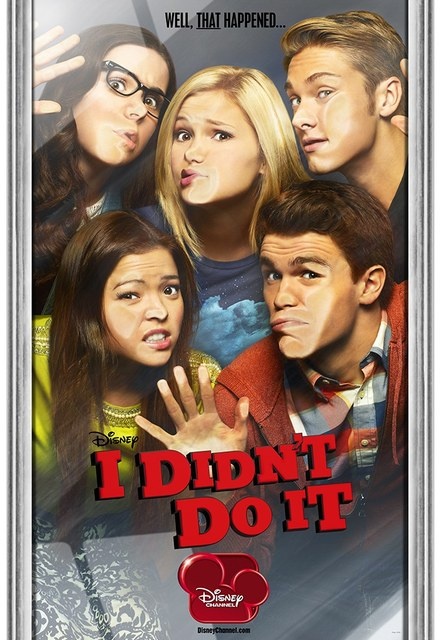 I Didn't Do It

Avg Rating (0)
Your Rating
Sundays, 8:30 PM EST on Disney Channel
Tracked 358 Times
Concluded
2 Seasons, 39 Episodes
30 Minutes
Buy or StreamAmazonAmazon UK
Comedy Disney Sitcom Teen
In the series, ultra-competitive brother–sister twins Lindy and Logan Watson, together with their three best friends spend their freshman year of high school. Each episode begins with a comedic ‘what just happened?’ situation as Lindy and Logan each spin their own vivid account of a certain occurrence or predicament. The series will utilize flashback scenes to tell the siblings’ weird stories.
Share on:

i didn't do it PLZ READ ALL OF THIS!!!!!!!!!!!!!!!!!!!!!!! The show I didn't do it went from a bad show to my favorite show. Season two really got you a closer relationship with the characters and was a "friends" like show. Now thanks too all the people that left this show and lost hope in it there done with it. So thanks so much for that people. If you guys would rate this show really high on all rating sites and same with reviews we might be able to bring it back. Just watch the mid second season too the end or even the start to the end. You probably wont like the first season but at the end of the first season feelings starts to form and it gets a lot better. Don't want to spoil anything but watch for yourself. Honestly it might just be because it's on Disney channel and not on something like ABC or even Teen Nick. Also adults like this show so that shows something. So please guys all I'm asking is for us to try and get this show back. I mean honestly this was the one show that older people watched and not just kids. I mean really if a show like Jessie gets 4 or 5 seasons I think this shows deserves at least 3. This show at least for direct TV users is on at any time from 10:00 pm-12:00 am, might be the same for everyone. The reason I said that was because with more views I think Disney would want this show to come back. So please people just bring the show back guys, or at least try to get it back and give it another chance. I know that this is very long but it needed to be said and I think this is exactly what all the I DIDNT DO IT FANS have been saying since the show ended. So again thanks for reading and that's everything.

ALL REVIEWS FOR I DIDN'T DO IT »