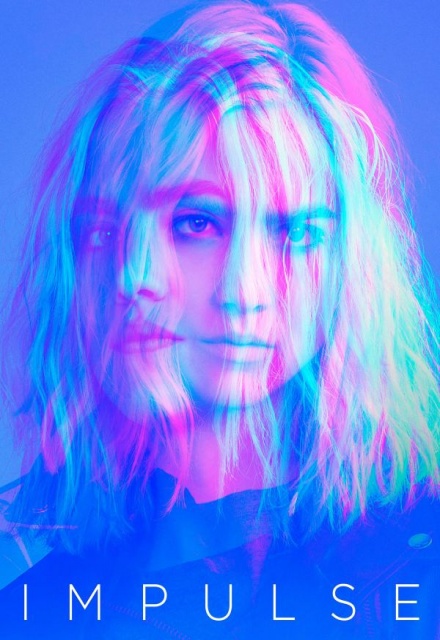 This YouTubeRED show is from the third book of the "Jumper" series. Much like the Jumper movie from years ago, a young person (a woman this time) starts having weird telekinetic issues and then inexplicably teleports to her bedroom when under stress.

The season is largely based on a partial rape and they really explore how people come to grips with rape and how then delude themselves into remembering it differently while trying to deal with the emotions.

I did think the girl somewhat over-reacted to the partial rape, as in every other aspect of her life she is a hard ass. She incessantly smokes pot, swears, mistreats her mother, skips school, ventures out in the middle of the might to spray paint tag buildings and buses, has had sex before with at least one boy-friend, etc. Hardly some innocent waif.

But since I'm not a 16 year old girl with some misogynistic jock forcing his fingers into my vagina, I guess I really don't have a valid opinion about how a woman or young girl would react to that experience, even if she is a hard ass in many other ways.

The rape becomes the motivation for her burgioning super power, and you go on her journey of discovering what she is capable of over the 10 episodes. While teleportation is the big picture plot point for the show, its not really the focus of the individual episodes or the seaosn. Its more a thing that either causes problems to be dealt with or alleviates problems in unexpected ways. Its done well.

CON: I will say that the rape theme kind of crowds out the rest of the plot and they keep coming back to it again and again. And while I'm sure this is realistic, it kind of gets in the way of the rest of the story. At some point its one long Anti-Rape PSA and I found myself saying, yeah yeah, I get it, she was raped, next scene please.

PRO: Its probably one of the best examples of a show dealing with the topic of rape and I think they did a great job.

There is the 'big bad' organization that is trying to capture (and somehow use the jumpers, we don't know why yet), but the season has a local bad guy that keeps the action going and is the main focus of the season. The father son and son trio are just bad people and motivate a lot of action.

The show explores several other topics to some degree, there is the high-functioning autistic nerd friend and the other daughter who may like girls, she's not sure, but I'm pretty sure the character becomes a lesbian in college.

I liked that the religious fanatics were behind the opioid crisis, rather fitting since religion is the opiate of the weak of mind in the first place.

It was a fun action-packed season, and I definitely hope YoutubeRED does another season.

UPDATE ON SEASON 2
The season starts off strong and the backstory of Nickeli was amazingly good, but the by episode 7 it all falls apart, the main driver of the season is unceremoniously stopped without any effort, and the incessant rape rape rape backstory that never ends is just insane, and the outing of the lesbian who apparently can only be a lesbian if she gets bad grades and is flunking out of school is a horrible message. The ending was lame. I hope it gets canceled. So sad that they turned the Jumper movies into this ongoing PSA message.

A nice spin on a person coming into their super power. It reminds me a lot of the Jumper film, or The Tomorrow People tv show. It was a great 10 episodes seeing her take control of her powers through each episode and struggle with the thing that activated her powers. I REALLY HOPE this gets renewed for a season 2 cos it was a really good show. I can't even BELIEVE that Rotten Tomatoes gave the show a 100% watch approval... :O that rarely happens with shows like this on that website :D

EDIT: No wonder it reminds me of Jumper.. this series is based of the 3rd Jumper book.

ALL REVIEWS FOR IMPULSE »