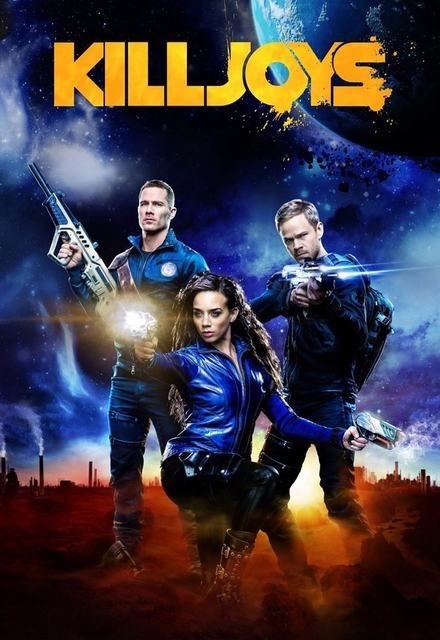 Seems like it's going to be a good show.. i ave to be honest here, it feels like we are starting to get the OLD, better, SyFy channel back.

The show's story seems to be very power/political based, the acting seems to be just above par, but the guy from Warehouse 13.. I duno so much bout his acting in this show.. he was great in WH13.. but in this, he just seems like.. err? stiff? but at least the action scenes in this show are good and not corny as hell.. unlike Dark Matter, but the show also has some NICE eye-candy to look at, which is ALWAYS nice. Killjoys has GREAT action scenes but the story seems to be lacking for me.

Update: The show definitely got better as season 1 went on, season 2 was good, then season 3 started to see cracks, the show just not as good anymore. Season 4 is the worse season yet, lets hope season 5 will be better.

Killjoys is a really interesting Syfy show with lots of added drama and comic relief! The main characters are a hoot (especially Dutch, who is pretty feisty and bad-ass), and there is so much more to the show than just Killjoys traipsing around planets looking for bad guys.

ALL REVIEWS FOR KILLJOYS »