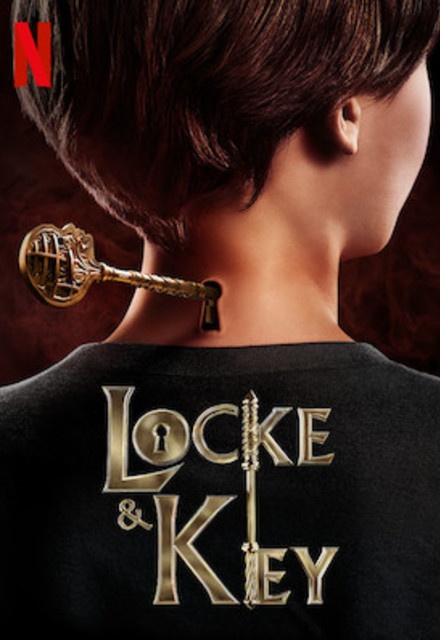 Avg Rating (0)
Your Rating
Fridays, 3:00 AM EST on Netflix
Tracked 2,476 Times
Hiatus
1 Seasons, 10 Episodes
60 Minutes
Buy or StreamAmazonAmazon UK
Fantasy Horror Netflix
Based on book series by Joe Hill. Three siblings, after the gruesome murder of their father, move to their ancestral home in Massachusetts only to find the house has magical keys that give them a vast array of powers and abilities. Little do they know, a devious demon also wants the keys, and will stop at nothing to attain them.
Share on:

Even though this show is made by Netflix... Imagine if Disney made horror films, this would be Locke & Key. Its categorically not scary. But they seem to think that its supposed to be, as there are horror references throughout. The acting is second rate, the writing is poor, the only cool thing in it is the old Addams Family-like house. Episode nine is not bad, some action finally happens. There is a weird timeline issue, at the start it looks like its the 1980s, Polaroid camera, old cars, but then they are all using big iphones. Whaaa!!?? And I'm not talking about the abundance of flashbacks. Sad thing is, the key concept could have been really cool if the whole show was rewritten and recast.

Issues:
-Its amazingly SLOOOOOOOOOOOOOOW paced. I watched it at 1.5x speed and it was still boring most of the time.
-When a psychopath breaks in an holds you hostage at gun point and later is found dead in the house, the Police don't just leave, there would be a crime scene, and people in the town don't bring you casseroles to console you about it. That was weird.
-The slow/autistic kid, doesn't act like he is slow/autistic, he acts like a normal person reading the lines poorly written for a slow/autistic kid.
-When people fall off the wagon and drink alcohol, they don't wake up feeling bright and cheery. They wake up with a hang over, even if they start drinking in the morning, they still are hung over. Its like the writer never drank alcohol before.

I'm so glad this finally got picked up!! Yay Netflix. I can't wait to see where they take it. Some of it's cheesy, but for the most part it's a good little supernatural show.

ALL REVIEWS FOR LOCKE & KEY »