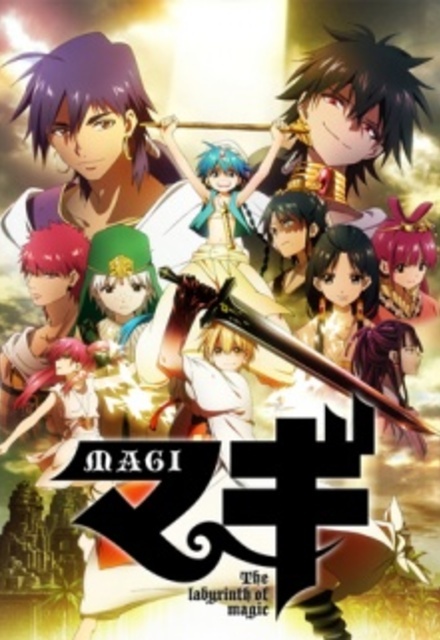 Hiatus (Online), Hiatus (Japan)
3 Seasons, 63 Episodes
30 Minutes
250 tracks
Buy or StreamAmazonAmazon UK
Anime Japanese Anime
This story is about the flow of fate and the battle to keep the world on the right path. Aladdin is a boy who has set out to explore the world after being trapped in a room for most of his life. His best friend is a flute with a djinn in it named Ugo. Soon enough, Aladdin discovers he is a Magi, a magician who chooses kings, and he was born to choose kings who will follow the righteous path, battling against those who want to destroy fate. Follow his adventures as he meets others from 1001 Arabian Nights, like Ali Baba and Sinbad, and fights to keep the balance of world in check!
Share on: