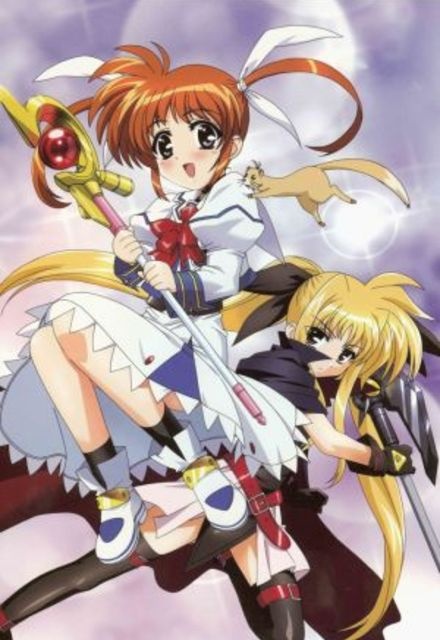 Avg Rating (0)
Your Rating
3 Seasons, 29 Episodes
18 tracks
Buy or StreamAmazonAmazon UK
Anime Cartoons & Animations
Magical Girl Lyrical Nanoha is a thirteen episode spin-off of the Triangle Heart series of games and OVAs that aired between October and December of 2004. Nanoha, the magical girl and younger sister of Kyōya and Miyuki, takes precedence here while her sword-wielding siblings are reduced to minor characters. Nanoha is also clearly set in an alternate universe; the late Shirō Fuwa was always named Takamachi and survived his originally fatal injury, new characters such as Fate Testarossa are added, and others, such as Fiasse Crystela, are removed. It was announced at AnimeExpo 2007 that Nanoha and it's sequel, Nanoha A's, have been licensed by Geneon for English language distribution.
Share on: