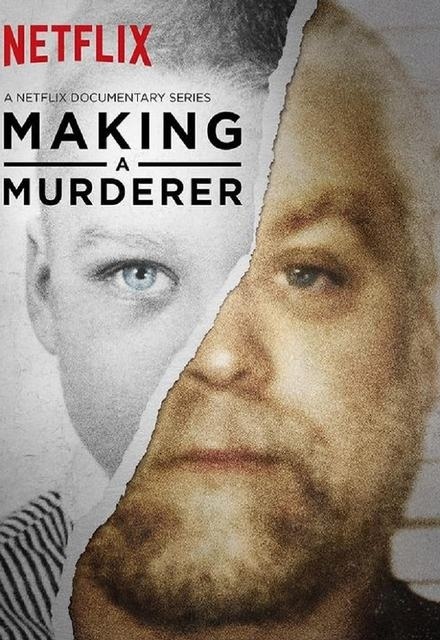 Avg Rating (0)
Your Rating
Fridays, 3:00 AM EST on Netflix
Tracked 6,483 Times
Hiatus
2 Seasons, 20 Episodes
60 Minutes
Buy or StreamAmazonAmazon UK
Crime Documentary Netflix True Crime
Inspired by a newspaper article from 2005, directors Laura Ricciardi and Moira Demos have spent the last decade documenting an unprecedented real-life thriller that spans more than thirty years. Set in America’s Heartland, Making a Murderer follows the harrowing story of Steven Avery, an outsider from the wrong side of the tracks, convicted and later exonerated of a brutal assault. His release triggered major criminal justice reform legislation, and he filed a lawsuit that threatened to expose corruption in local law enforcement and award him millions of dollars. But in the midst of his very public civil case, he suddenly finds himself the prime suspect in a grisly new crime.
Share on:

Great docu-series showing true small town corruption against a family. Worth also to look up interviews of family surrounding.

Such a great show. It further adds weight to the old adage that the best stories are the true ones. I had to keep reminding myself whilst watching that this is real life, that this actually happened and that these people are in prison as I type this and almost certainly as you read this.

Seems like a decent story but ultimately I did not like how it was filmed and it was too slow.

As I have just finished the final episode of Making a Murderer, I feel sick to my stomach and bereft of all hope and trust. A feeling that hasn't left me since episode 7. When I was recommended this series by friends and then asked why I should watch it, they simply said with still a kind of expression of shock on their faces 'You must see it for yourself. It's brilliantly filmed and all kinds of fucked up.' And oh boy, were they right!

Has anyone else seen the Amanda Knox documentary on Netflix yet? That was much more effective in keeping my attention than Making a Murderer, in my opinion. Murderer was a similar concept, but dragged out far too much. This would've been much more entertaining and captivating as a long documentary or perhaps a two to three part special...

Painful to see, but a really good binge watch. Great to watch if you're into true crime stories, heavy in legal proceedings.

It’s the Netflix show everyone is talking about, and for good reason... I don’t think I’ve ever shouted at a tv show so much, or got so passionately involved in a documentary before - watching the show has been a real eye opening journey into the world of the morality, ethics and justice.

So some background: The show was filmed over ten years and documents the case and trials of Steven Avery and his nephew Brendan Dassey in regards to a murder charge. However, Steven had previously been falsely convicted of a rape charge for 18 years and this fact casts a shadow over him before the murder trial evidence has even it the courtroom.

The show itself uses its documentary format to impeccably to slowly drip feed the audience an absorbing mystery with many dynamic twists. The storytelling is enthralling, with many episodes ending with bombshells of pivotal information that make accidentally watching the next episode so easy...

The focus is on the defence side of the case, Steven’s family and his lawyers are at the heart of the shows interviews and storytelling and across the 10 episodes we really get to know their lives quite intimately. This contrasts with the stark black and white of the law in the courtroom and makes the judgements in the case seem even more inhumane. Although focusing on the defence does present a slightly skewed view on the trials, the prosecutions arguments are still hotly debated and presented with almost an equal amount of screen time.

What really makes Making of a Murderer so gripping is the amount of first hand evidence they use - phone conversations from prison are used to hear Stephen’s take on the court proceedings, evidence photos and reports are shown, typed transcripts and key pieces of evidence are presented to us on screen, tv news bulletins from the case days are used to present verdicts to the audience for the first time (similar to how the public would’ve found out information at the time) and the film crew goes to the actual locations discussed in court to make the documentary a very immersive experience.

Stephen’s lawyers Jerry and Dean provide confident and enlightening insights to the case and are genuine, likeable guys who inject some warmth into the cold subject matter of the cases. They provide nurture and guidance for the Avery family and also conduct themselves in a professional and intelligent manner that only consolidates the humanity of their actions during the trial. I found their comments and concerns (and that of their investigators too) the most interesting and insightful of the entire show. I can certainly see why they are fan favourites!

Without giving too much away, there are many shocks and surprises throughout the collection of evidence, court cases and even the aftermath of the trials that make you feel sick to your stomach. There is no such thing as a perfect system, but The American Law and Justice system appears to have a few gaping holes and the handling of the Stephen Avery cases is downright heartbreaking, whether or not you believe he is guilty.

As the film makers constantly remind you, right up to the final shot of the series, the series is a documentary, this is about real people and real lives. The reality of the trials becomes more shocking when we go forwards in time to the present day and see the consequences of everything that has happened to Stephen, Brendan and their families. It was perhaps the final episode that it really hit home for me how many lives had been dramatically altered by the Avery trials, as well as how many other people are living out similar sentences in America. It’s enough to make you quite emotional about the way we treat those convicted of crimes in this world.

If this documentary does nothing else, it reminds you that the law and the truth are two very different things, which can cost people everything they are.

A frustrating and sick show. It's a politically good and weird documentary

It's actually sickening to think this is real life and this really happened. I hope the people that matter can watch this and give Avery a fair trial. I hate that this can happen, how can they let them get away with that!!! Aghhhh!! I just can't shake the feeling that every action has a reaction, this happened because Sandra (his cousin) started making rumours and Steven confronted her with a riffle, ignoring the fact that her husband was the sheriff, and since then he developed a series of events. It's sad, hopefully he can get it right again!

Hard to watch, but excellent film-making.

My wife's show.
It's a true story, lots of suspense. Good documentary. Have just finished rewatching this ahead of season 2.

The story is no less mind blowing the second time around. I agree with some reviewers that it could have been condensed into a shorter series, maybe 6 to 8 episodes rather than 10, as it does drag on in places.

Hoping season two is going to be less episodes and will give us all a bit of hope that justice might actually be served. 100% recommend everyone watches this

A very thought-provoking case for sure, but I agree with others that an entire season was too long. A 2 hour documentary would've been enough.

This is a show portraying the horrible reality that is still happening today... :( Loved this! True crime couldn't get any more tense.. it's like an episode of Law & Order and I'd saw the writers are geniuses but it's real! A gripping who-dunnit that really makes you question the legal system.

INSANE! A very good example why the US is a shitty place to live.

This show and it's story gives me chills. But the length of it makes it boring to watch mid-way through. I would have preferred shorter episodes.