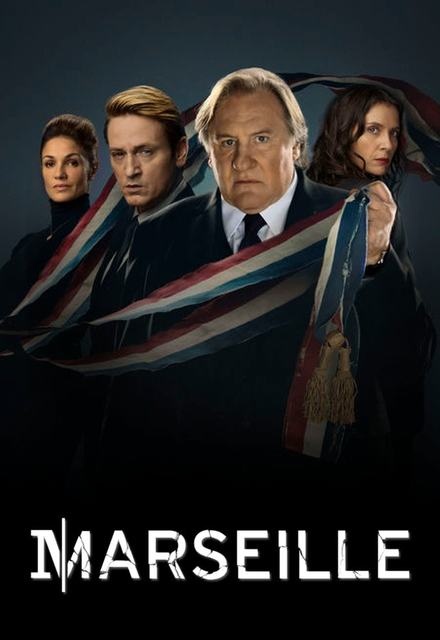 Avg Rating (0)
Your Rating
Thursdays, 3:00 AM EST on Netflix
Tracked 655 Times
Concluded
2 Seasons, 16 Episodes
60 Minutes
Buy or StreamAmazonAmazon UK
Canceled Drama Netflix Political Drama
As the municipal elections approach in Marseille, Robert Taro, the city's Mayor for the last twenty years, prepares his last coup: push through the vote for the construction of a casino in the historic center of the Marina. Nothing has been left to chance, and his successor, Lucas Barrès, is already designated. But the latter's all-consuming ambition and the secret interests of the city's leaders, whether they come from its opulent villas or from the cities of the northern suburbs, impede the Mayor's plans. The race for Mayor becomes a power struggle where no holds are barred. Only one question arises: how far will they go?
Share on:

To be honest I expected more. This is a weak attempt at a french House of Cards. Gerard Depardieu as the main character has such potential to rise as a french Frank Underwood and you get it in glimpses, but not enough so it feels more like a washed out attempt at greatness. The british and american versions of House of Cards are much better if you are into these kind of shows.
But some of the shots of Marseille scenery are

Knowing the reality of Marseille, this serie is just ridiculous (script and actors too...).
I can understand that Nerflix wants to develop series in french, but please, not that kind of trash.

ALL REVIEWS FOR MARSEILLE »