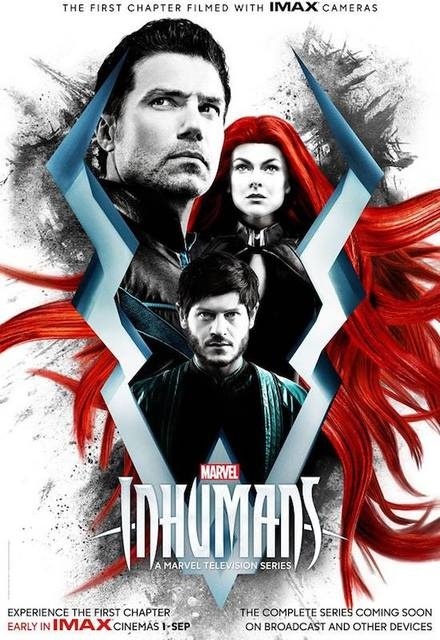 Avg Rating (0)
Your Rating
Fridays, 9:00 PM EST on ABC
Tracked 8,838 Times
Concluded
1 Seasons, 8 Episodes
60 Minutes
Buy or StreamAmazonAmazon UK
ABC Action Canceled Disney Plus Science Fiction
The season premiere of "Marvel's Inhumans" introduces the world to the Royal Family and their internal strife, including a divisive conflict between two brothers, Black Bolt and Maximus, and their visions for the future of their people. After a military coup leaves the Royal Family stranded in Hawaii, they must find a way to reunite with each other and return home before their way of life is destroyed forever.
Share on:

An unsympathetic usurper challenges a group of unsympathetic, super-powered aristocrats who maintain a caste system in a habitat inside the moon (which puzzlingly has earth-normal gravity).

Most people (who are not transformed by coming of age ceremony in which they are exposed to a mutagenic substance) are condemned to work 'the mines'.

The Royal Family flee to Earth. While the new regime prepare to invade Earth (an d the humans begin to detect the Lunar colony. No good guys here. No anti-heroes that you can get behind either.

The plot plods along. and the superheroes are neither especially super nor interesting. Meh.

4 minutes in and I already dislike it. Poor writing and poor directing. Going to watch the first two before I make a decision but its going to have to get a LOT better for me to watch the series. I usually like Marvel a lot.

Edit: 15 minutes in and I AM DONE. Its horrible.

ALL REVIEWS FOR MARVEL'S INHUMANS »