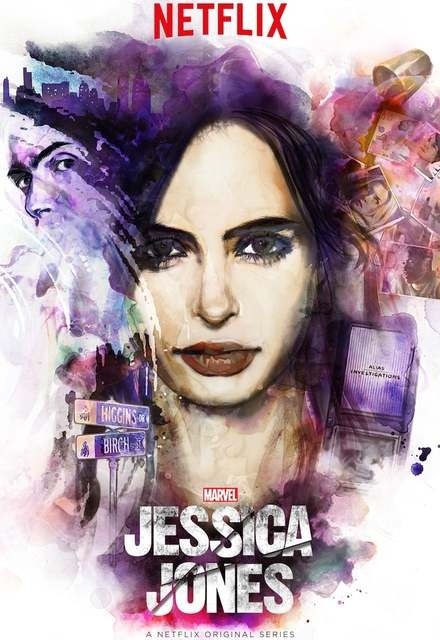 MARVEL has done it again. Continuing and improving upon the darker and grittier themes first explored by Marvel in Daredevil, Jessica Jones does not disappoint. The villain, Killgrave, delivers suspense and fear, unlike the usual lackluster Marvel villain, and while at first glance his power may seem dull, the episodes perfectly demonstrate how terrifying it actually is. The story differs from most "superhero" shows in that the show Jessica Jones does not start with her rise from an ordinary person to a superhero, instead diving headfirst into her career as a PI after she gives up the crime fighting gig. Amazing characters, great story, and a badass woman to lead it all, definitely the best female-led story of this type I have seen.
Season 1: 10/10

Krysten Ritter is Jessica Jones, an alcoholic, smart, witty, don't give a shit attitude, hardcore P.I. She is strong yet vulnerable and Ritter shows it in her acting. Along with David Tennant and the other actors, the show is a must see if you like Daredevil. Jessica Jones is gritty and dark like Daredevil, but it grows a little deeper under the skin as it deals with the after effects of Jessica being manipulated and her fight to take back control of her life. It's hard, rough and intense and sometimes comical, Jessica Jones is a great entertaining second part of Marvel on Netflix.

ALL REVIEWS FOR MARVEL'S JESSICA JONES »