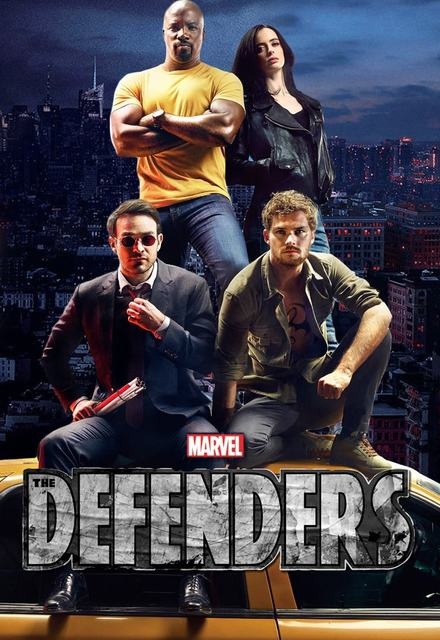 Nice to see everyone and I mean everyone in this next big Marvel/Netflix show. At 8 episodes it's a very bingeable show but starts out slow but picks up the action here and there with a mixture of suspense and a few laughs. The Defenders work well together as they try to save their city with every kick and every punch to the explosive final battle.

The Defenders is a solid crossover mini-series with plenty of action, banter between the leads and a mostly satisfying resolution to story arcs first introduced in Daredevil and Iron Fist. Yes there's very little plot and a lot of exposition talking, but you can't deny it's a fun series with some great action pieces, and at only 8 episodes long, the pacing is much better than the usual 13 Marvel Netflix collaborations.

It takes a while for all the leads to come together, there's plenty of recap of all the individual story threads and where the characters are now, but when they do come together it works really well. The team works as a band of misfits and as a family unit, Daredevil and Jessica Jones have a great relationship, Luke Cage and Iron Fist bond into a nice mentor/mentee relationship and they all support each other when fighting. However, Jessica sassing everyone, all the time, is by far the best trait of the quartet. Hopefully now everyone's met each other, there'll be more crossovers in the individual seasons of each of the shows.

The villians can make or break a Marvel series and Sigourney Weaver does a great job being the leader of The Hand, coming across as driven and ruthless, holding the room effortlessly. The rest of the members of the hand, some we have previously met, are intimidating enough to seem a threat when fighting, but otherwise take a bit of a backseat this season. However Colleen confronting/fighting her former mentor Bakutu was a great mini arc that solidified her character as one to watch (aka give Colleen her own show).

The action pieces were pretty good, better than Iron Fist, but not reaching the heights of Daredevil choreography and editing. And to be honest all we really wanted was to see our four favourite heroes team up and fight bad guys together. It was great to see all their fighting styles working together and including successful hallway fight scene (they've become a 'thing' now haven't they?)

Ultimately there are a few too many characters squashed into the show, but the series takes a sensible approach and utilises the ones who have previous experience in fighting The Hand to have more of a storyline, whereas the others have fewer scenes and are more reactionary characters than taking action. Good to see Claire, Misty and Colleen get some decent screen time and it made more sense for these characters to more actively be fighting The Hand. Perhaps the biggest character success of The Defenders however, is the way in which Danny Rand was made far more likeable. By making him more comedic and less of a 'chosen one' it definitely made him more grounded and I felt like genuinely rooting for him this time around.

The Defenders is a solid superhero show, nothing groundbreaking or new but there's the 4-5 other Marvel shows where the showrunners can be inventive and push boundaries, which seems to be the way things are leaning if the closing scenes are to go by. Ultimately, The Defenders reminds you that the superhero genre is a predictable one, but such a fun one to be a part of.

ALL REVIEWS FOR MARVEL'S THE DEFENDERS »