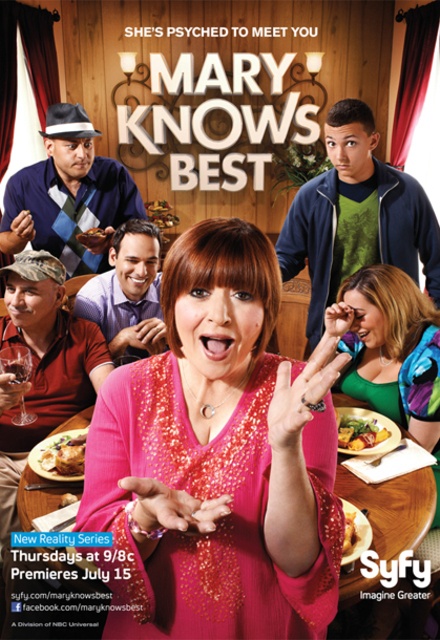 Concluded
1 Seasons, 5 Episodes
60 Minutes
16 tracks
Buy or StreamAmazonAmazon UK
Documentary Syfy
The series will chronicle the poignant and often funny situations that Mary Occhino and her family get themselves into on a daily basis. A successful author, radio host, psychic intuitive and mother of three, Occhino touches the lives of nearly everyone she meets. Her children, Jackie, Chris and Carl, are a mismatched group of siblings consisting of a skeptic, a paranormal investigator and a reluctant psychic. In each episode, viewers will be introduced to an unforgettable cast of family characters including Occhino's outspoken older brother, Charles, and Mary's two adorable grandchildren.
Share on: