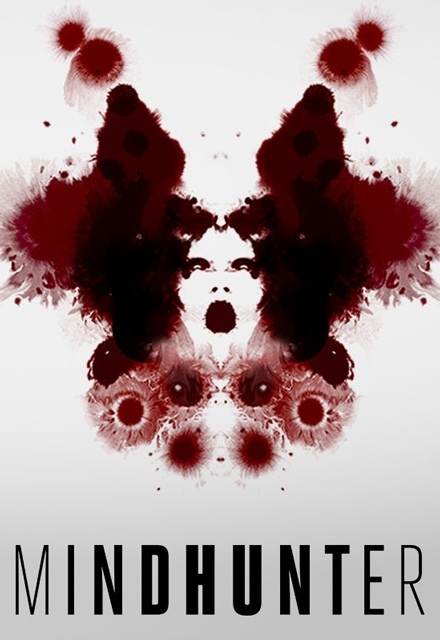 Avg Rating (4.15)
Your Rating
Fridays, 3:00 AM EST on Netflix
Tracked 10,613 Times
Hiatus
2 Seasons, 19 Episodes
60 Minutes
Buy or StreamAmazonAmazon UK
Crime Netflix Serial Killers
The Mindhunter series will be based off the 1996 book Mind Hunter: Inside the FBIs Elite Serial Crime Unit by Mark Olshaker and former special agent John E. Douglas. The book tells the backstory of Douglas methods for profiling and catching some of the most notorious serial killers, like the Atlanta child murderer and the Seattle Green River Killer Gary Ridgway.
Share on:

Mindhunter is extraordinary, I'm hooked! This is my new favorite show. Yes it's dark but the two lead actors have such great chemistry and that does cause some funny moments. Anna Torv is amazing as their go-to psych advisor. I love how psychological the show is. The acting, pace, plotting, conflicts and setting are perfect.

Mindhunter is a crime drama that delves into the minds of serial killers in an era where tactical resolve and the art of sociology is mocked. This show depicts the early study of the mind of a serial killer and what motivates them to snap. Why did Charles Manson so what he did? What drove him to such fate? Did we have a hand in this? This series is quite intriguing and will keep you on the edge of your seat. The characters are well written and the actors drive their parts through the screen, right at your mesmerized mind. I suggest watching this show ...

One of those shows that makes you want to watch the entire season all at once. Everything single plot in it is absolutely interesting!

If you are a criminal show fan, you should start with this.. It's the beginning of all that is serial murderers, and all the psychology behind it.

it's so fascinating. I really like that it's about discovering why people do the things they do.

They have done a really good job of this - from the script, to the acting, to the directing. Someone must have a sense of humour though with calling one of the main characters Holden Ford. Where I come from their is a fierce rivalry between Holden & Ford owners! So when Season 2 is coming??? This show hooked me good from the first scene of the first episode. The psychological questions that the show raise are just thrilling and it makes you think, like really think. There a lot of loose ends by the end of the show and I just can't wait to see how it all unfolds.

YESSSSSS season 2 is almost here. This series has been so interesting.

I've enjoyed binge3 watching this show, season 1. I'm not usually into crime series but do very much enjoy psychological themes. I watched all ten episodes back-to-back and wish for more. Anna Torv wears quite a bit of make-up for her 1970's character portrayal but other than that, as usual, she is a joy to watch. Everyone else is good too as is the writing and sets etc. No complaints here. It probably won't win a Golden Globes award but is still well worth watching, in my opinion How do you make a story about a bunch of Serial Killer interviews intriguing and compelling to watch without getting slow and boring? This is the question that netflix tackled head on and with it brought a great show that has some of the best writing and filmography on air today.

Mindhunters is mind boggling because of the honesty at which it approaches its story & subject matter. The acting, pacing, dialogue musical scoring and direction are stellar, as is the documentary feel of its cinematography and the way it captures the 70s so accurately. Equally as frightening as getting inside the killers' psyche is the myopic and bureaucratic mindset of the FBI at the time.

I'm a sucker for "based on a true story" movies/tv-shows. Super interesting and facts are correct, so this is definitely a show I'll be binging on once the second season is out!

Seriously this is so good!Got me hooked from the get go. The psuchologial aspect is so fascinating. The lead actors have such a good connection and helps make it even better.

tried it twice, and it is just really really slow and incoherent. waste of time

S1: I can understand it if some people may find it boring. But I found it very intellectual. A smart use of violence, not necessary to represent it as one but as a means of gaining knowledge.
I think one can say that it goes back to how profiling evolved. A masterpiece. I thoroughly enjoyed every second of this show. The actors playing the serial killers were incredible, I was so spooked out by them. And the main leads had a great chemistry that really showed in their small talk and glances at each other. The last episode was by far the best and I can't wait to see what season 2 holds for Holden, Tench, and Carr. #BTK #Season2 #MINDHUNTER

Fantastic that it actually involves real life killers in history. The acting it incredible and the storylines. It is something that you have to concentrate on that some people might find boring but it's worth the watch.

A really intriguing perspective of how the fbi developed their mindset to be able to catch criminals which the agents can't even imagine how they think. Really opens up your eyes to what is real with psychopaths.