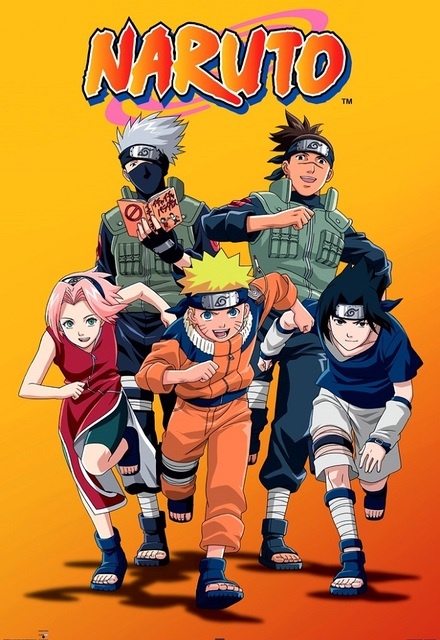 Avg Rating (4.1)
Your Rating
Sundays
Tracked 7,007 Times
Concluded
5 Seasons, 220 Episodes
30 Minutes
Buy or StreamAmazonAmazon UK
Action Anime Cartoon Network Japanese Anime
Naruto comes from the Naruto manga by Masashi Kishimoto with an anime TV series adaptation. Its main character, Naruto Uzumaki, is a loud, hyperactive, adolescent ninja who constantly searches for approval and recognition. In Naruto Sasuke and Sakura will follow him in his quest to become Hokage, acknowledged as the leader and strongest of all ninja in the village. The Naruto series was followed by the Naruto Shippudden saga.
Share on: This long running anime is the story of one ninja village and the orphaned ninja who refused to take no for answer. This is the story of Naruto. Inspiring and filled with some astounding scenes, Naruto is one of the most popular anime in the world.

together with one piece, the best anime The original naruto series, a great series that featured some of the best values a person can have, Naruto's unwillingness to ever give up is just extraordinary and makes the character loveable, and everyone want to be a little more like him.

What can I say? I love Naruto !!
Excellent, one of the best animes !!

Amazing Series!!!
There are a lot of characters that you get really attached to and you can't help but feel proud of them looking at how far they've come and how much they've grown.
Gaara and Naruto are especially the ones that have grown the most. They teach you that having a monster inside of you doesn't have to make you weak and unloved which both of them were at some point. They were both treated differently and even feared but they both found the strength inside of them and decided to change their lives for good. They both embraced their human sides even though nobody saw them as just humans and that's what being strong is about, not having unlimited power and certainly not getting revenge.
Sure Naruto is a knucklehead and he might not be very bright, but he never gives up on the people and things he loves and he has the courage to keep trying even if the odds are against him (cause that is his nindō! His ninja way). He has this strange energy about him that gives you hope and makes you want to be better and that's why he should become hokage, because hokage should be someone you can always count on and who brings out the best in you.
This is why this show is one of my favorites and why Naruto is one of my favorite characters. naruto is the best anime ever

Awesome show, not so much for the filler episodes Best Anime EVER! BELIEVE IT!!!

One of my favourite and it is a classic.
If you haven't heard of this then you need to start watching.
Lots of story and tons of action. Something which can fill a year of your life up with a story of naruto.
A splendid make of an anime series and is a must watch for anyone regardless of age. I think this show is over rated and quite boring/repetitive. Once you've seen a shonen/nekketsu , you've seen them all...

So great, so perfect an anime. Sometimes you just have to re-watch from the very beginning, even while waiting for weekly episodes of Naruto shippuden. Totally worth reliving. And no, you have not out grown it. Same action, same silliness, same inspiration.

Very very good anime !! would recommend it to anyone ! Hate the fillers, but nice plot.