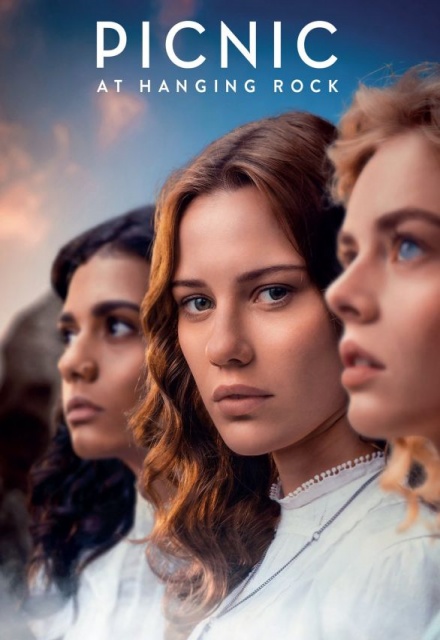 This could have been a great series with another rewrite of the scripts, but there are soo many plot holes being passed off as "mystery" that it leaves you completely unsatified in the end. The acting is very good, the casting good, the settings good, but the writer or director or the editor dropped the ball.

Imagine you were reading a book and you turned the page, and you find the next page is blank, so you turn the page again, and you find more story and continue reading, but you never, and I mean never, end up finding out what was on that missing page. That isn't a mystery, that is bad writing.

There are many allusions to homosexuality, but besides one girl kissing another girl one time in the six episodes, they could have completely left that out of the script. It adds nothing to the plot and only convolutes the ending even more. It could have been the motivation for running off together, but the story never explores that possibility. Did the three run off to live in sapphic bliss, did they jump and were never found, was there some kind of weird time displacement and they are somehow still up there on the rocks.

The theme can be summed up as something akin to 'Live free or die'. And with a couple more flashbacks of plot at the end and a few other things explained in some way during the series, it would have come through much stronger. For example, why not show Ms. Appleyard going after the little girl and bringing her back to the tower, why not show the little girl jumping out the tower to make it clear she jumped, why was the pretty girl found after a couple days but the others weren't, what happened to the allegedly gay man up on the mountain, I seriously doubt he did anything to the girls as he couldn't fight his way out of a paper bag, why did the fat girl run down the mountain in hysterics, did she really see something, was she being chased by someone, or was it just the dillusions of a repressed attention-seeking fat girl, who were the two men on horses, and if they weren't important and weren't going to be cleared of any wrong-doing, then why introduce them... Its common for mysteries to give false leads on the killer but the false leads need to be cleared up at the end to some degree. You can't leave 20 strings dangling in the breeze and think you are writing a decent story.

I was happy to see the religious idiot brother and mentally deficient sister die in the fire, but that guy would have been out the door saving himself in a second as soon as the sister started the fire. He was another false lead that at least was wrapped up at the end, even if badly wrapped up.

The cop needed to have a much bigger role in the series, he should have actually figured something out. Again, you could leave his part out and it would be the same story.

And what is with the weird time thing on the Rocks, it could have been cool if it was explained in even the slightlest way. Why did the girl see the clouds turn red? Is there a portal to another world? Can I use that portal to go back in time and stop myself from watching the series?

And why is everyone falling asleep on the picnic for no reason whatsoever? And can I have some of that. I could have slept through the whole series and at least got some rest.

I will say that the 4th and 5th episodes started to get better before the 6th episode screwed the pooch. I root for shows to pull out of a nosedive and find a sweet closure, but this one jumped off a cliff into the chasm of timeless dreams.

I was so excited to watch this until I did... It starts amazing, but slides down to storyline holes, too much characters and little information to follow on.

ALL REVIEWS FOR PICNIC AT HANGING ROCK »