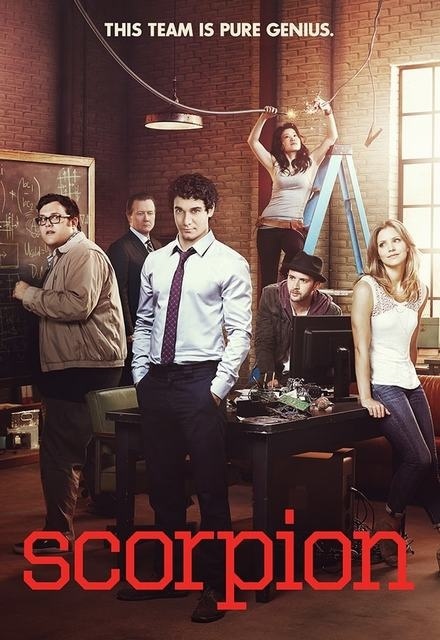 Loved it! the ending however was kind of a cliff hanger but also not. It had an actual end but I feel like they could have given me more. I cant believe they broke up.

I liked the show for a while, as it was a team of MacGyvers with mostly interesting personalities, but eventually the characters devolved into not one but two separate will-the-won't-they relationships. No thanks, I'm out.

Totally awesome! One of the best shows I have watched. I have no clue how I missed this show but I am so glad I found this on Netflix - and now I get to binge it!
15 min into the first episode I was hooked and I haven't been able to stop watching. It is a rare show where you do not get tired of watching it but where you cannot wait for the next episode. I feel like I KNOW all of them!
The characters are great and I like the way the story unfolds and slowy shows each of them in their own light. The stories are well written. I haven't watched such a good show in a while. Too bad it only got 4 seasons. I'm really disappointed with the ending and how they left it off with everyone not liking Walter. Very light and not really catchy show that had its moments. What really disappointed me, was the finale. The final episode left the impression that whoever wrote the last script was so furiated with cancellation that he/she wanted the end to suck as much as the people who pulled the plug on this show.

Great show! Missing an underlying story to tie it all together. Finale was predictable, even though we hope for a better one. I really enjoyed this show start to finish, hated how they concluded on a cliffhanger, wish that the TV execs would let them make one more episode to wrap things up. The show is always thrilling if a little farfetched, but often this is what draws you in, I enjoyed the character development and the last minute solutions that they come up with.

A hard show to describe because Whilst you do become invested in it, there are some seriously annoying things in most episodes. I find that the more interesting part of the episodes is the character growth that is the continuation through the series. The ridiculous scenarios which are the day by day episodes are pretty terrible mos of the time because the situations are so ridiculous that it becomes aggravating. Just stupid things which make ridiculous situations worse.

In a sea of shows exploring more gritty and edgier subjects Scorpion is Walter O'brien propaganda that walks on the sunnier side. Don't get me wrong it touches on some darker themes; childhood neglect, gambling, murder, fraud, government corruption the list goes on but the show manages somehow to touch on these things and maintain a light-heartedness at its core. O'brien who is an executive producer and sometimes writer particularly in the first few seasons used the show to glorify his life and promote his real life team of alleged geniuses. Despite that minor pet peeve the show continues, 4 seasons deep to be a simple delivery system for joy.
Life threatening, earth shattering problems neatly resolved within a 40-45 time span with ample time for character development, jokes and the occasional subplot. All in an all a nice simple formula which allows the show to progress whilst still bestowing the audience with a nice bubble of euphoria knowing that the characters they love are safe in their universe until the next life or death case.
Additionally, episodes only pick up when cases are particularly interesting so time elapses and characters continue to grow, change and get new hair cuts between episodes as we do not follow them for a specific length of time which is nice in the sense that there are few filler episodes.
On top of all that the cast is absolutely delightful, robert patrick is the perfect paternal character to a bunch of children masquerading as high-functioning adults and season 4 sees the addition of a new ally for the team in a smart and feisty chemist who holds her ground well against the egotistical Walter.
I look forward to seeing what the future holds for team scorpion.

Entertaining show! Great show and relationships! Sometimes it get's tiresome how many times they save the "world". But the Waige relationship makes it worthwhile! This is so unique I love how they hypothesize each episode. I don't know if any of the things they create are really true but it makes the show so much better. I rate this show a five. Enjoy

I tried to like this series but darn it's just so corny...Katherine McPhee's role as waitress/genius to normal person interpreter ... what?? that's right interpreter for geniuses ... really? nope didn't happen for me... in one episode she was in a military helicopter going "somewhere" ... as if that could happen...
nope did not like this silly series at all ...

The engaging cast has their work cut out for them making the premise work - that a group of genius-level troubleshooters contract their services to the US government and effortlessly solve situations that poor fools who only have a lifetime of experience can't.

There's also the problem that people with genius IQ's are presented as socially inept. I think they're getting confused with Autism (and "The Good Doctor" does that much better").

The first few series are fun, consisting of constant cliffhangers and some clever jokes but it beings to wear after a while. By series four, the whole thing starts to run out of steam.

Watch it for the character performances and the gags, suspend disbelief in the plot and have fun for as long as you can.

EVERYTHING ABOUT THIS SHOW IS PERFECT. PLEASE DON'T EVER END.

The is definitely one of the dumbest show on TV. It follow the same (I'm not joking) plot in all episodes! The team gets a seemingly simple task. Other than one member (sometimes maybe 2 or none - probably the biggest change!) everyone ends up onsite to solve the issue. Everything is well and suddenly, everything goes horribly wrong and the whole world is in danger! And who steps in to save everyone than SCORPION! Arrrggghhh.. A waste of my time! Love this show but omg did they even Google Ireland before they decided that Walter should be Irish??? A drought in Ireland are u serious??? Really like this show. It is a light hearted drama that can be entertaining without having to think to much about it. With the exception of a few love interests there are no heavy on-going plot lines that you need to follow every week in order to miss anything. This show can entertain for an hour, but if you miss an episode it is not going to leave you lost with what is going on.

I did not think it was that good ! After many episodes, I can say this romance thing that comes and goes is falling on my nerves ! Get on with it !