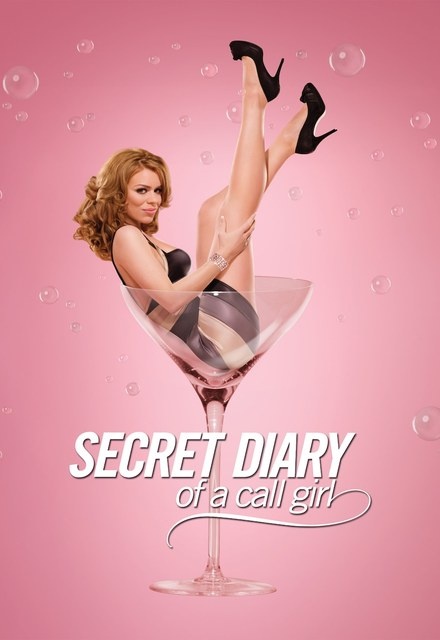 Secret Diary of a Call Girl

As it is, it's just a tale of one woman, which doesn't pretend to tell us anything universal about the world's oldest profession. After seeing the likes of Audrey Hepburn, Jane Fonda and Julia Roberts portray call girls, we frankly need a little more than Belle's unsurprising double life to keep us hooked.

Witty show that is perfect for binge-watching. Billie Piper is really funny in this but in my opinion the overall storyline didn't seem that well planned. Nevertheless it's a great show that focuses on both the fun and the darker aspects of being a call girl.

It's been a while since I watched this show, but I really enjoyed it. From what I remember, I wasn't too happy with the end of the series, but I also liked how it was more of a realistic ending. I won't say what happened for those who haven't watched it all the way through yet.

It's definitely about time that I went back and re-watched this show though. Billie Piper is awesome. :)

This was a sexy show. This show follows a London call girl while she romps her way to the top of the call girl ladder. All the while trying to hide her secret job from her family and friends.

I watched this because I love Billie Piper

Interesting and fun. Like, and not like the book. They did a good job showing the entertaining bits and some sad story line that is new. They showed the character liking sex, much like the author, but failed to show that she also had a bit of what could be called sexual deviance, like enjoying and being aroused by being hit in the face. Worth watching.

Oh man this show is funny, sexy, sad - just altogether very entertaining. Plus Billie Piper is great in it.

I really need to rewatch this show, it's been too long.

It's a shame this show didn't continue. I will be reading the book as soon as possible. Billie Piper is what brought me to the show (as I am an avid Doctor Who fan) and she didn't disappoint me in the least. She was amazing. The way she portrayed Belle/Hannah was beautiful. She had the whole range of emotions both showing, open and raw as well as guarded - true to character. As far as the rest of the show, it was amazing. A true psychological roller coaster ride into the life of a sex worker. It's nice to see something real instead of the prostitute stereotype. Best thing since Pretty Woman. :-) And may I add, I was also a fan of Sex and the City and this show is like the British version, only far dirtier and far, far better.

With Billie Piper as the star, this show surprised me as more than I gave it credit for before actually seeing it. The first two seasons are delightfully witty and playful with the format - talking to the camera, sharing thoughts - and, even though toward the fourth series it does turn too melodramatic for my taste, overall, it is an original show who manages to portray a very interesting subject in a very interesting way.

Is a really good series has a different point of view that is funny and true in different set of opinions i like how bell explain every part of her job that is a business that she is really good at.

the way it is filmed, talking to the camera is too anoying

This series is based on reality and therefore wins a big thumbs up! This programme is hilarious!