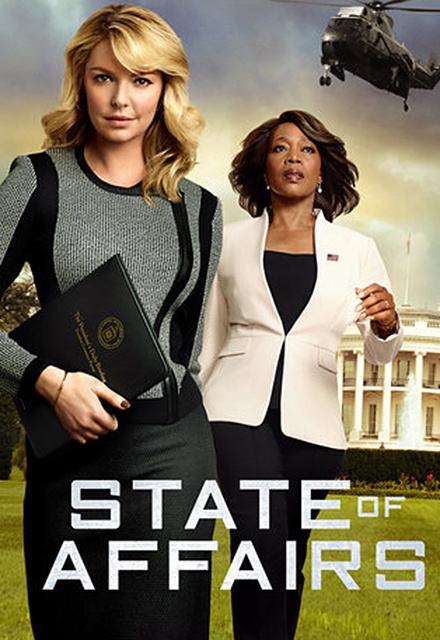 Avg Rating (0)
Your Rating
Mondays, 10:00 PM EST on NBC
Tracked 5,791 Times
Concluded
1 Seasons, 13 Episodes
60 Minutes
Buy or StreamAmazonAmazon UK
Canceled Drama NBC Political Drama
Each day the president is faced with hundreds of life-and-death decisions, and to prioritize the biggest international crises facing the country, one top CIA analyst – Charleston Tucker (Heigl) – assembles the president’s Daily Briefing. Aside from the political minefields she has to walk, Charlie has a close personal relationship with the president (Alfre Woodard) because she once was engaged to her son before a terrorist attack took his life. Charlie survived that attack and now is determined to bring the perpetrators to justice.
Share on:

I really liked this show and was very disappointed that NBC cancelled it! It pisses me off the networks cancelling a show without the time to let it develop, give me a break NBC you've done this way too much!
I liked the story premis, the acting, of course the strong female leads, which probably threatens the suit guys!
I think it should be given another season, with new dynamic writers.! But then what makes me think that my opinion or comments here would even be seen by the network? Let alone be considered, we the People have no say in big network programming!!!!

State of a Affairs is an ongoing NBC semi-fast paced procedural political drama trying to ride the success of Madam Secretary. Like Madam Secretary, it boasts a strong female lead capable of getting things done in a world of fillibusters and stall-tactics.

Charleston Tucker (Katherine Heigl) plays an Ex-CIA agent that now leads a team of former-analysts whose job is to prepare POTUS's daily briefing by gathering the latest intelligence on world crises.

While the show deals with controversial political and international issues, it lacks a cast of strong characters and plays to much into Charlie's Spy past, leaving much to be desired. While State of Affairs is not a bad show, it is a no Madam Secretary, The West Wing or even Crisis

ALL REVIEWS FOR STATE OF AFFAIRS »