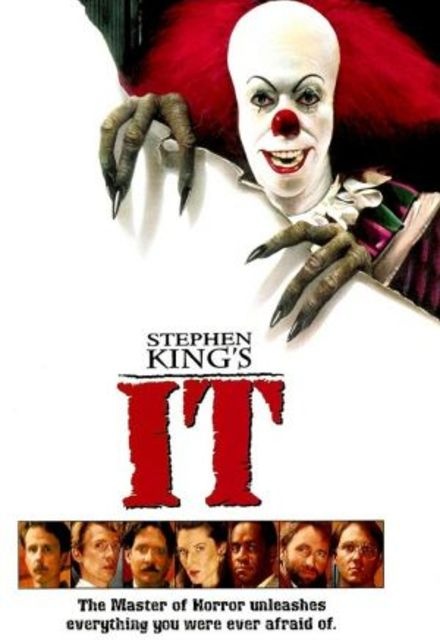 The story follows the exploits of seven children as they are terrorized by the eponymous being, which exploits the fears and phobias of its victims in order to disguise itself while hunting its prey. "It" primarily appears in the form of a clown in order to attract its preferred prey of young children. The novel is told through narratives alternating between two time periods, and is largely told in the third-person omniscient mode.

I didn't know there were two parts for the longest time because we only watched it on VHS and it came on two different tapes, so we only ever watched the first half. I won't say I missed much, but the second half wasn't the worst thing in the world.

ALL REVIEWS FOR STEPHEN KING'S IT »