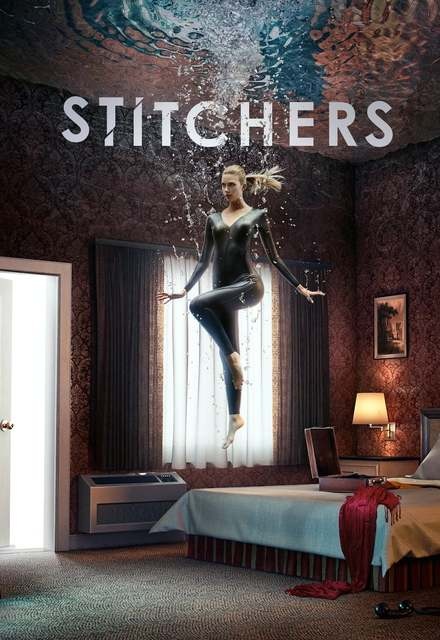 Avg Rating (0)
Your Rating
Mondays, 9:00 PM EST on Freeform
Tracked 8,060 Times
Concluded
3 Seasons, 31 Episodes
60 Minutes
Buy or StreamAmazonAmazon UK
ABC Family Drama Freeform Science Fiction Teen Teen Drama
“Stitchers” follows Kirsten (Ishta), a young woman who is recruited into a secret government agency to be “stitched” into the minds of the recently deceased, using their memories to investigate murders and help solve mysteries before they go to the grave.
Share on:

So many things went wrong in this pilot i don't even know which to talk about first.
I'm going to start out with things that i was ok with. Female version of sherlock, that's fine. Lame trope that the nerdy guy with eventually be with the girl, fine.

Things that where annoying/poorly done:
The amount of times they said Temporal Dysplasia, yeah we get it. Also it apparently gives you the ability to slow down time like the matrix?? ok.

The whole thing was way too rushed! They didn't give the right intro to the character!

They gave us a random feud between her roommate to show that she's very smart. Then they brought in her dead dad?? to show us that she feels nothing but they could have don't this in a much less packed way. Then they shove her into some top secret program?

WAY TOO MUCH JUMPING around, plot wise! It felt like the cinematic version of "word vomit" when someone just rambles on with no direction.

I can't speak for the show as a whole, but the Pilot was, for me, literally as good as a pilot can get. 10/10. I absolutely loved it and can't wait for next week. The series has a strong premise that has proven to resonate with people (Tru Callin, Pushing Daisies, Izombie) and explores it in a completely unique way with a cast of fast-talking, witty, youthful and likable characters. It's smart, its fresh, its well-written. It's the epitome of a good science fiction series. I'm very surprised that it is on ABC Family. They generally don't have too many Science fiction shows. If I can recall ... all they ever had was Kyle XY and No Ordinary Family ... thas it. So good on them for spending the money to buy this show. That being said, because they are a significantly smaller network, the shows ratings will inevitably be much smaller than they could be if it were on a major broadcast network or even a major cable network like TNT or FX. I predict a 0.6-0.9 for the pilot, then maybe a decline to 0.6-0.7. That actually wouldn't be bad. That should be enough to get it renewed considering the fosters was renewed with a 0.5.

Update: I keep reading all these people saying its terrible, that its forced, too quit, too little character development, too many unoriginal ideas. I don't agree with ANY of these things. First of all, A pilot needs to be rushed and it should severly limit the character development because you only have 54 minutes to get the point of the show across and you do that with action, not words. Secondly, This show has no similarities to fringe whatsoever save for a box full of water that she lies down in and the fact that its science fiction.. You say the show is unoriginal and a rip off of previous shows -- Well what would you have them do, bring back these old shows that were canceled or concluded? Of course material is going to be recycled -- successful shows have a market, and that market doesn't go away after the show ends. They are catering to a market they know exists. You guys are being way to critical. Its a TV show meant to entertain, its not a College Essay and you're not the professor grading it.

ALL REVIEWS FOR STITCHERS »