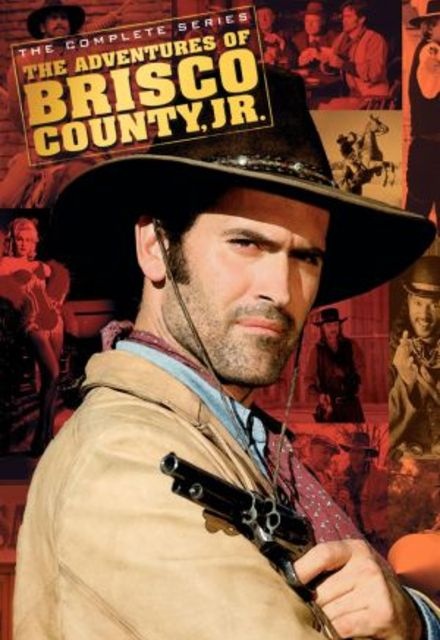 The Adventures of Brisco County, Jr.

Entertainingly bonkers with the most absurd one liners. One part Bond, one part Indiana Jones, one part western, and one part sci-fi, it was also one of the most fun shows. It had the right combination of cast, characters, comedy, action, and adventure. The show never took itself too seriously. A western with elements of science fiction, overlaid with clever writing and wit without self-consciousness. Each character was eccentric in his/her own way and great fun to watch. what makes the characters stand out is uniformly excellent writing from a team of certifiable eccentrics in their own right. With the talent in front of and behind the cameras, everything just clicks. All of the supporting roles are equally excellent. I loved the anachronisms and bad puns ("You got the sheriff!" "Yeah, but I didn't get the deputy."). The music perfectly complimented the Western theme of the series and the absurdity of the incidents chronicled. The chemistry of the cast is superb between Brisco, Bowler, Socrates and Dixie. You can see how the relationships have formed due to the 'adventures' they have shared. If I had to give this series a liking, it would be an Indiana Jones cowboy series, where the violence is enough to set the scene but not graphic, the humor is enough but not distracting from the story, the stories & plots enough to ensure you forget the historical inaccuracies and see a really good program. Sadly, Fox canceled this fantastic show after only one year on the air.

Nostalgia compels to write that years ago this was a fun show.